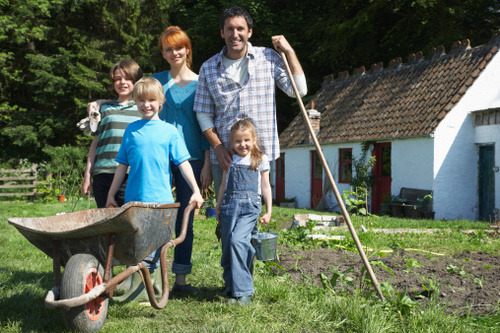 If you’ve spent the winter in a part of the country that remains buried in snow and ice, gardening season seems like a long way off. As Jen Irving, the owner of a small flower and vegetable seedlings business in Falmouth, Mass., noted in a local radio interview there this week, “it is highly unlikely” that New Englanders will be carrying out the tradition of planting their peas on St. Patrick’s Day this year.

Nevertheless, the official start of spring and what some big box stores are calling “Spring Black Friday” is just two weeks away. Is your small business ready to capitalize on all the lawn and garden shoppers coming out of dormancy?

They are no small group, to be sure. Small Business Trends reports that the average U.S. household last year spent $347 on lawn and garden products, translating to a $29.5 billion season for the growing industry.

In addition, the National Gardening Association has reported “spectacular growth” in the sector. NGA research last year found that:

As for how to capture some of the spring spending frenzy?  Small businesses should keep these six facts and stats from the National Gardening Association in mind when developing a marketing plan:

Considering the target market’s tech savvy, lawn and garden businesses with an e-commerce offering could do especially well this year. In parts of the country where roads are still icy on March 21, online orders for gardening supplies might just spawn a Spring Cyber Monday.