Business debt collectors must not be quite as busy in the southern U.S. as elsewhere. Fewer businesses there default on debt payments than in the rest of the country. It’s an odd statistic, but for the second year in a row, it’s borne out by WAIN Street, a company whose monthly index gauges the likelihood of 18 million small businesses in a variety of sectors and geographic regions to default on financial obligations. 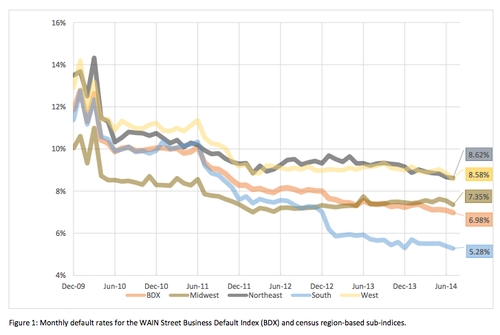 The index aggregates micro-level indicators of credit performance such as bankruptcy and delinquency concerning U.S. businesses.

WAIN Street publisher and financial analyst Vidur Dhanda reports that the superior debt payment performance of southern businesses holds true across businesses of all sizes. And, except for Utilities and Mining industry sectors, southern businesses have better credit quality in all sectors. Southern businesses in the manufacturing and educational services sectors post standout superior performance compared to those sectors elsewhere in the nation. While “management of companies and enterprises” is the only business sector with default rates below 4 percent nationally, in the South, businesses in five separate sectors maintain default rates under 4 percent. 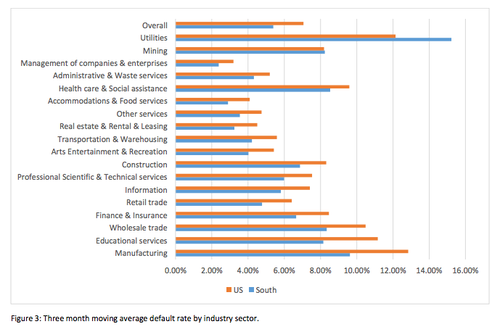 Across the southern region, however, business credit quality varies substantially between states. Texas and DC businesses are the worst performers, with default rates worse than the overall national rate. Louisiana, Virginia, and Arkansas businesses fare the best—all under 4 percent.