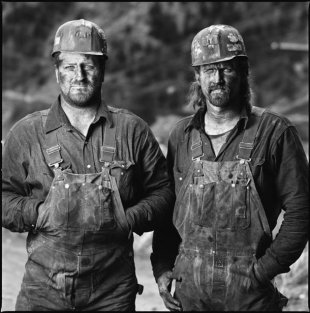 When the confluence of these three things happen simultaneously there can be magic in the air. Of course, that’s the magic everyone is seeking. Whether they are seeking to become a newly minted entrepreneur or whether they are a seasoned industry veteran. Corralling the smarts, creating the luck and putting in the hard work takes effort.

The good news is… each of these can be learned and earned.

For those seeking to stand out in their career there is work to be done upfront. Those that put in the work up front will find that their hard work will pay off as they “create” their own luck and it will all seem like magic to an outside observer. But, they’ll know how much hard work went into their overnight success.

Genius is one percent inspiration and ninety-nine percent perspiration. ~ Thomas A. Edison

Sure there are those that happen upon a great idea or have a flash of inspiration, but these magical situations are rare. It’s even more rare to know what to do… and then to do everything just right to make them commercially successful.

Common sense secret: Find a problem and solve it.

No matter how mundane… there are lots of nagging, niggling little problems that people are willing to pay to fix or otherwise not have to deal with in the first place.

Most people spend more time and energy going around problems than in trying to solve them. ~Henry Ford

There is no such thing as luck

As I have written about here before… There is No Such Thing as Luck. While I do think this is true… You can make your own luck with smarts and hard work. The luck here is in the form of timing. Timing for introductions, timing for market dynamics, timing for other effects, such as people and processes, to become available so that you can harness them for your efforts.

Call it luck if you want, but luck takes a lot of hard work up front.

Smarts is a relative term

I think we all know someone that always seems to find the silver linings and rainbows. We’ve all read about the people that have built industries. They built them with a lot of smarts and hard work.

In science we hear about the “discoveries” of Newton, Galileo, Kepler, Einstein, and more recently of Higgs. These discoveries often took years… And lots of smarts and hard work.

The reason you haven’t heard of it yet is because you have not discovered it yet. ~ Spock to Scotty in Star Trek

Hard work is just that

It is the rare exception when something just happens. We have to put in the effort to get the returns.

Be brave. Take risks. Nothing can substitute experience.~ Paulo Coelho

The old adage… “There’s no replacement for experience” is often a significant component of hard work. You put in the time, you get the experience… and when it all works out right you can combine that experience with your smarts and the luck you created to build something amazing.

Your next discovery may be right in front of you. It’s going to take all the Smarts, Luck and Hard Work you can muster. I look forward to seeing your next invention and to seeing all your efforts pay off.

What are your favorite examples of the confluence of Smarts, Luck and Hard Work? Please share them in the comments.

Jeff Shuey is a contributor to the Personal Branding Blog.  He is a expert in the Enterprise Content Management industry. He is an international speaker and writer on the Intersection of People and Process in Social, Mobile and Cloud Computing. Over the past 20 years he has worked with customers and partners to design, develop and deploy solutions around the world. Jeff has worked for Microsoft, FileNet (IBM), K2, Captaris, Open Text, Kofax, Kodak and Winshuttle. Follow him on Twitter @jshuey or on LinkedIn: in/JeffShuey