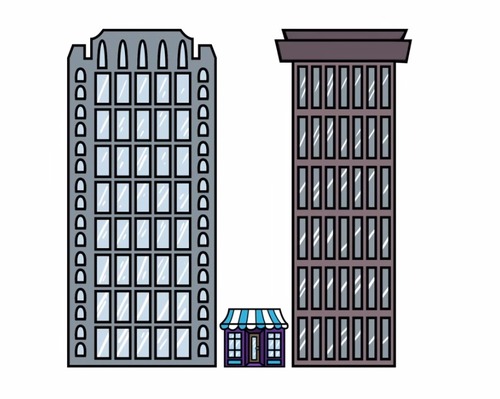 Is your business making the most of mobile marketing to win new customers? Mobile advertising is no longer just the domain of big brands with deep pockets, says mobile marketing expert Greg Garrick.

In fact, he says auto repair, retail, dentists, and home services top the list of industries having the most success getting follow through action from consumers who click on their mobile banner ads.

Garrick is vice president of the 10-year-old mobile advertising technology company UpSnap, which specializes in highly targeted, data-driven mobile app ads for both big brands and small businesses. According to UpSnap, more than half of consumers search on smartphones daily, and 95 percent of those searches are for local information. The company also claims that 90 percent of those searches lead to action, and half lead to purchases.

Says Garrick, “Mobile advertising at its core right now is about impressions, and I often say, ‘a heavy and consistent dose of impressions leads to a lot of great things.’” Garrick says UpSnap’s mission is to deliver impressions from the precise audiences his customers want to reach.

How do they do it? UpSnap has acquired demographic and behavioral profiles of more than 300 million mobile users, including details on age, salary, home value, number and ages of children in a household, and even voting information or where a mobile user has carried her devices recently. Someone who has been at a McDonald’s in the last 48 hours, for instance, is a great candidate for a fast food ad, which he’ll see the next time he opens up an app that accepts advertising while he’s near that fast food advertiser’s joint.

Creepy as it might seem to some, Garrick says consumers are readily sharing that kind of information. “Your device has been linked to your email address, and if you have opted in for a coupon, your data is captured,” he says. In fact, 70 percent of consumers will share their location if they get something of value in return, he says. “You’ve been targeted via cookies on your desktop for years, and before that it was direct mail, so this is not really that jarring,” Garrick adds.

And what’s great for small businesses is that, when it comes to reaching a local audience, UpSnap pushes an independent boutique’s mobile banner ads to the same targeting engine as large powerful brands.

Garrick says UpSnap can also target ads to customers in a certain region based on the weather. For instance, on a frigid winter morning in Connecticut, a homeowner in Fairfield who checks WeatherBug or AccuWeather for the forecast might see an ad for snow shovels at the nearby hardware store.

Or, as happened recently, a local vision center can push ads for its back-to-school children’s eye exam campaign to parents who access a popular parenting app. Delivering that ad to a known parent was “way more successful” than it would be to serve the ad to everyone who checks a weather app, Garrick notes.

More than 1,500 small businesses have been winning new audiences for their advertising via UpSnap since June, when Garrick says the company introduced a program that shows owners how many mobile devices are within 5 miles of their business. For as little as $100 a month, UpSnap customers get 20,000 ad impressions.

“Everybody is using their device when they’re on the go,” Garrick says. “This is a very active audience. Seeing that opens business owners’ eyes.”

Of course, Garrick notes, geo-targeted mobile advertising is not new. “Major brands have been taking advantage of this technology for a while now.” Apps such as Pandora, NBC, and CBS all carry major advertising. What’s new is that small, local businesses can now easily compete for the same customers in just as sophisticated a manner.

In part 2, see Garrick’s tips for how small businesses can take advantage of mobile ads to boost holiday sales.