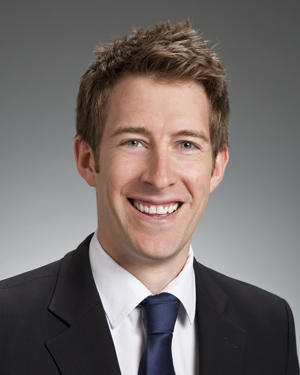 Their buttoned-down professional photos and corporate law backgrounds give no clues that Justin Woolverton and Doug Bouton could be the next Ben & Jerry. But if these fitness-oriented Gen-Yers succeed, their Halo Top Creamery could be to health-conscious indulgence what the now-famous Vermont hippies were to socially conscious consumption.

When they met in a Los Angeles lawyers’ basketball league a few years ago, Woolverton was keeping trim eating an all-natural, high protein, low sugar, low fat ice cream that he made at home in a Cuisinart. “I couldn’t find what I wanted, so I made it myself,” he says. 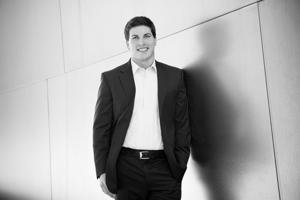 He was getting enough positive feedback on the taste and so much sympathy for his notion that no one ever eats a single serving of ice cream from a pint, that he was thinking about going into business with his low-calorie concoction. In Bouton he found an enthusiastic entrepreneurial partner who was committed enough to quit his law firm job to launch the company while Woolverton moonlighted until just a few months ago. The two invested their own savings to start up, and are in the midst of a small financing round now.

With no food industry experience, they first spent a year educating themselves on ice cream science and the ways of frozen food co-packers. Learning how to scale up to mass production was a challenge that nearly derailed them. The first time they made a 7-gallon batch with their 1-pint recipe “was a disaster,” Woolverton says. “We went back to the drawing board, and it went like that for over a year. There were 50 different times I was going to throw in the towel.”

One problem was that they were trying to do something that hadn’t been done before to America’s favorite dessert: swap the natural sweetener stevia for sugar. “It’s all that sugar and fat that keeps ice cream from turning into an ice cube in your freezer,” Woolverton says. Plus, many manufacturers use artificial softeners. The Halo Top founders were determined to keep their product all-natural. “It was a lot of trial and error and researching freezing-point depression and the molecular weight of sugar, ice cream chemistry and technicalities,” Woolverton says. 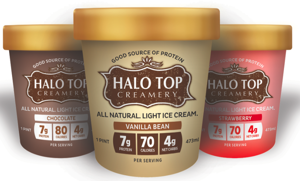 Sales and distribution was another learning curve for the two lawyers. They headed to grocery stores with ice cream scoops and cups hoping to get buyers to have a taste. Bouton says, “I’d go to the cash register and they’d call the manager on the loudspeaker. If I was lucky, we’d go in a back office instead of meeting in the middle of all the shoppers walking around in the aisles. Some stores said, ‘just mail samples to us.’ We had to put it in dry ice and overnight it to them.”

A grind for two guys accustomed to the Big Law lifestyle? Not at all. “I loved it. I’m coming from a place where I was looking at a monitor stuck in an office all day. Getting out there and being in a grocery store or sweating in the hot sun with a 100-pound cooler was a weird experience, but it was like a breath of fresh air,” Bouton says. “Interacting with our customers, no body cares about our law degrees or where we came from.”

Pints of Halo Top—at 70 calories and 7 protein grams per serving—began hitting store shelves early this year. They’re selling for around $5 each in natural foods markets and select grocery chains including Sprouts, Earth Fare throughout California, across the Southwest, Midwest, and Southeast. Woolverton says Whole Foods will be carrying Halo Top soon. After a year of slowly ramping up distribution, he says things are starting to take off: “In the past couple of months we’ve sold 10 times as much as we did all of last year.”

Any regrets about how they’re using their University of Virginia and Columbia University law degrees? “We can tell you we work way harder for no money right now and we couldn’t be happier,” Bouton says. If they ever get frustrated they can remind themselves that after 20 years in business, Ben & Jerry’s sold to Unilever for $326 million in cash.