Not all bosses are great leaders and not all leaders are bosses. Do you know the difference between a boss and a leader? Which should you aspire to be?

Everyone has a boss. Even bosses have bosses whether they work for major corporations or small businesses. Owners of such enterprises themselves have the shareholders or customers to answer to in order to keep the business moving and growing. 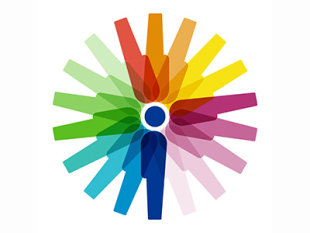 The Difference Between a Boss and a Leader

In today’s fast-paced, competitive and money driven society, the boss has, in many cases, ceased from being a leader and has strictly become a higher up who spouts orders and expects them to be obeyed without question. Such behavior has resulted in businesses being filled with disgruntled employees who no longer work for the common good of the company, but reluctantly show up to their “job” in order to draw a paycheck or become ravenous dogs fighting it out for the top spots so they can give the orders.

However, the underlying attitudes produced by such actions can be quite damaging to a business as bosses become chariot taskmasters cracking whips to drive their employees onward towards the goal. It is much healthier for all involved if companies hire and nurture leaders who are willing to take the lead positions and pull their employees forward by example.

The major difference between bosses and leaders is that bosses create disharmony, reluctance and internal fighting which can make reaching the goal difficult while leaders provide encouragement, pride and cooperation which not only drives the business to reach the goal, but quite often surpasses the goal. In a race between the two chariots, the one being drawn by the leader will ultimately reach the finish line before the one being whipped and prodded by a dictatorial task master. The employees of the leader will also have elevated spirits that are rearing and raring to tackle the next race.

Characteristics of the Boss

Although ‘boss’ is generally defined as a person who is in charge of overseeing workers, its use as an adjective reflects someone who gives orders in a manner that is domineering. This, in a nutshell, is the root characteristic of a boss.

The boss tends to only work towards the goals set by their higher ups so that they look good. Because profits have become the ‘golden idle’ of business, bosses tend to exploit those under them by paying them the least amount possible while extracting the most work that they can.

The boss drives his underlings onward through fear and intimidation. They set their authority as the supreme law for those under them who are expected to serve and toil without question. They demand respect simply based on their position and, if questioned, will dole out swift punishments or offer severe threats that send the brow-beaten employees back to their laborious tasks in the rank and file system.

Characteristics of the Leader

A leader also has the authority to manage, but they tend to have a much more positive influence. ‘Leader’ is synonymous with ‘conductor’ and is defined as the principal performer of a group such as the lead horse in the chariot scenario. The leader takes charge by example and those under his influence are encouraged and given direction accordingly.

The leader provides an admirable example for his employees to follow. He inspires his followers to perform and reach towards his level of expertise which, in turn, improves their skills and experience. The team is, therefore, strengthened by the leader’s example as they are provide clear guidance and all are exalted in their abilities.

Employees of the leader are also edified and made to feel an active part of the business whole. This is because the leader encourages his employees to make suggestions, offer ideas, discuss pros and cons, all of which strengthen the fabric of the overall business. A leader may spend the extra time and money on morale-building activities or additional training like error prevention or leadership training because he or she knows it will benefit the company’s employees and enrich them as people.

Comparing Results – Which is best, being the boss or leadership?

When comparing bosses and leaders, the leader garners real respect through his example while the boss demands respect through his position of authority only. The well-being of employees is also guarded and attended by the leader whereas the boss’s only concern is the level of productivity and meeting goals. The ‘we’ and ‘let’s go’ expressions of the leader builds pride, confidence and a sense of belonging with his followers, but the ‘I’ and ‘you go’ attitude of the boss breeds isolation and inferiority.

When it comes down to bottom-line results between a boss and a leader, the leader inspires much greater productivity and success which are often thwarted by the driving, authoritarian nature of the boss. Employees being led forward are much happier, more productive and more creative than those driven forward by demand.

In order for a business to thrive and flourish, it requires the full cooperation, effort and positive energy of its employees. For that atmosphere to exist, employees need those that assume the lead position, guide by example and inspire them to pull together towards the common goal of success.