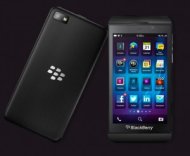 BlackBerry Z10 ReviewA new smartphone just came to town and it’s running on an all-new operating system. A touchscreen device without any physical controls or keyboard, BlackBerry’s Z10 will be battling against Apple’s iPhone and Google’s Android smartphones. Running on the BlackBerry 10 operating system, the Z10 is the company’s hope to regain its throne from Apple. There was an attempt to replace the famous BlackBerry keyboards for touch screens, but those smartphones failed because of the old BlackBerry OS.

BlackBerry announced the Z10 and BB10 on January 30 and the new smartphone will be available to the public soon. All four major carries will sell the phone for $199, available mid-March. The other BB10 smartphone, the Q10, will be available in April. BlackBerry addicts won’t have a hard time adjusting with the Q10 because it still has the physical keyboard, unlike the Z10. For now, let’s talk about the Z10.

The Z10 is made of plastic and it feels good in your hand. It has a high-resolution 4.2-inch screen, which is bigger than the iPhone’s 4-inch display. The rear camera is 8 megapixels. The phone comes in black and white and is only available with 16GB, but it can be expanded up to 64GB using a memory card. Unlike many smartphones today, its battery is removable.

Users unlock the phone by swiping up from the bottom of the screen. It displays the last screen the user saw. Doing the same swipe also takes the user to Home that has smaller version of the apps currently running. They are called Active Frames. Swiping to the left leads to app icons, like on the iPhone and Android smartphones.

The new OS also has the BlackBerry Hub, which is the system’s unified inbox. Users have to swipe right from the display of Active Frames to go to it. They can also just swipe up and to the right in a curved gesture from the bottom, if the users are on other screens. The Hub contains e-mails from all the user’s accounts, and also text messages, BlackBerry Messenger messages, and updates from Facebook, Twitter and LinkedIn.

The onscreen keyboard is, by far, the best and fastest virtual keyboard on a smartphone yet. Typical BlackBerry users may not find it as good as the standard BB keyboard, but this one’s more accurate and faster than any other keyboards on any smartphone, thanks to its predictive typing feature. The feature displays words that you intend to complete on top of the letters you might tap next. It also learns your mistakes to avoid them next time.

Like previous BlackBerry phones, the Z10 is great for both professional and personal life. You can separate personal apps from the work apps, just by swiping down and pressing a button called “Personal” or “Work.”

The camera has a new feature: TimeShift. It allows users to adjust faces in a group shot to see different views of them. It captures more images before and after the snapshot. Users can preview the shots and then change undesirable expressions into better ones.

The Z10 and the BlackBerry 10 operating system are radical moves for BlackBerry. The device is pretty good and can face against Android and Apple smartphones. BlackBerry has a great chance to win the battle of smartphones.