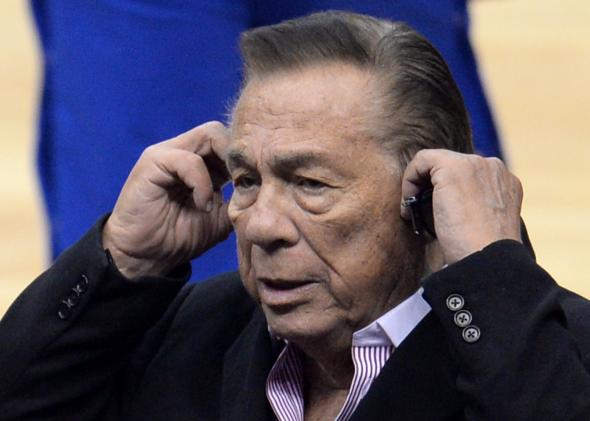 Billionaire Donald Sterling has filed a lawsuit against TMZ and his ex-girlfriend. The lawsuit accuses TMZ and V. Stiviano of violating his right to privacy after a racist rant was recorded by his ex-girlfriend and sold to TMZ.

The lawsuit, filed in Los Angeles Superior Court on Friday, accuses the media company and his ex-girlfriend of causing damage on a “scale of unparalleled and unprecedented magnitude.”

In 2014, the recorded racist rant aired and the NBA moved swiftly to remove Donald Sterling as the owner of the Los Angeles Clippers.

In the rant, Sterling can clearly be heard telling his mistress that she shouldn’t associate with black people.

Sterling’s estranged wife eventually sold the NBA franchise to former Microsoft CEO Steve Ballmer for a record $2 billion. Shelly Sterling won the court decision to sell the team after showing officials that her husband of six years suffers from dementia.

Donald Sterling is suing his wife, the league and two doctors who examined him. He claims they formed a conspiracy aimed at removing him from his beloved Clippers.

Recently Stiviano was forced to hand over her $1.8 million home and $800,000 in cash, gifts, a Ferrari and other luxury cars Donald Sterling gave to her. The recordings surfaced weeks after Shelly Sterling sued Stiviano over community property rights.

Stiviano says Donald Sterling agreed to the recordings and that they were engaged in a sexless relationship. Sterling calls the recordings “illicit” and not authorized in the least.

Donald Sterling filed for divorce from his wife of sixty years.