How a billionaire is changing small business owners’ lives 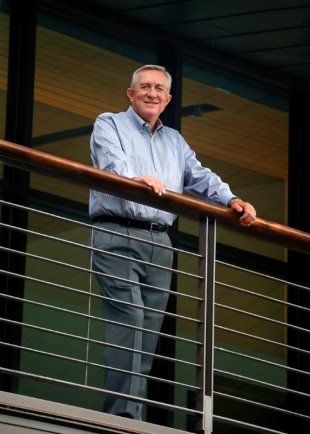 Clay Mathile says he feels deep gratitude for two groups of people: those who risk their own capital to create jobs, and the mentors who helped him do the same as owner and CEO of the IAMS Company.

So, since selling that dog and cat nutrition business to Procter & Gamble for $2.3 billion in 1999, Mathile has gone to great lengths to show his appreciation by helping other business owners be successful. He invested more than $150 million to transform the former “Iams University” employee-training program into Aileron, a nonprofit organization with a mission to ”unleash the potential of private businesses through professional management.” Today, more than 10,000 people a year visit the 70,000-square foot Aileron facility on a 114-acre campus in Tipp City, Ohio, for a variety of management training courses delivered by consultants who have all run their own businesses.

Business owners who have taken the two-day President’s Course say the experience has been transformative. “Life changing is a fair way to describe it,” says Jeff Annis, owner of Advanced Services, a pest control company in Augusta, Ga., who has returned to Aileron again and again for refresher courses. He and his classmates were so in awe of what they gleaned from Mathile’s program that when they met him for the first time, he says, they “swarmed him like teenagers at a Beatles concert.”

Annis credits his 2010 Aileron training with giving him the tools to weather the recession with 10 fewer employees and without losing revenue. “The services we provide now are different than they were 4 years ago, and we’ve leveraged every technical and IT advance you can imagine to speed up how we’re able to do our jobs.” Through Aileron, he says, he also discovered that when servicemen spent more time on calls, homeowners were happier. Now his company is ranked top 10 in its industry for customer retention.

Jarod Wenrick, owner of Value Added Packaging in Dayton, Ohio, says his 30-person business has been transformed too since the day he dropped in at Aileron. “I used to study our P&Ls. Today I rarely look at my numbers because I know how my business is doing.” Wenrick says taking the Aileron course in 2009 taught him to “run my company out the front window, with strategy, planning, and accountability.” Now he has a board of advisors, is building a 45,000-square-foot addition, is seeing record sales numbers, and has made 6 new hires in the last 3 months.

Mathile points to how Aileron training also helped a local excavating company grow from 65 to 205 employees during the recession, and showed a stressed-out software business owner how to get organized enough within a year to take a two-week family vacation. Numerous other testimonials, case studies, and video interviews with Aileron alumni testify to the way the courses have helped entrepreneurs grow businesses, please customers, re-position employees, improve cultures, and enhance family lives. Mathile says he's investing not just in helping Aileron clients grow successful businesses, but in helping them "live as valued resources within their communities, and raising the quality of life for their families, their employees, and many others." 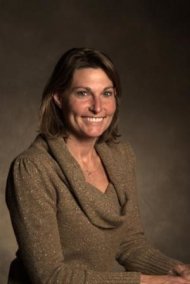 What exactly is Aileron teaching? “This is not new stuff,” Mathile says. “A lot emanates from Drucker and Deming, and we’ve added a little bit of our own twist.” Aileron training helps owners tune into four main things, he says: culture, customers, products, and people. “If I get those things right, the rest of the business will take care of itself,” he says.

But that’s not easy, Mathile acknowledges. So the Aileron faculty, led by President Joni Fedders, developed a fundamental, simple model for running a business that applies equally to high-tech companies, manufacturers, landscapers, and nonprofit organizations.

Following their “DOC model”—short for Direction, Operation, and Control—an entrepreneur develops a company vision; brings its values, culture, and climate into alignment; defines jobs and sets expectations; implements performance and budget reviews; and puts in place systems to monitor those controls and take corrective action when they slip. Mathile says the model shows an owner how to shift focus from the day-to-day to the longer term, and to “run your business, don’t let your business run you.”

Alumnus Jeff Annis says, “The brilliance of the DOC model is that you never feel exhausted or out of control or confused. You start understanding how to break down the components and identify the things you’re doing wrong and find the places in your organization where you’re going in the wrong direction.”

At the end of his 2-day course, Annis says he had “a good grasp of the components of future success,” but it didn’t end there. The $2,000 tuition fee includes pre- and post-course advisement for a year. Aileron consultants meet with participants at their own facilities and coach them as they implement changes at a pace they're comfortable with. “When your business starts to perform the way it should, it’s a life changer,” Annis says.

In a video on the Aileron website, IT business owner Wes Gipe says another key to Aileron’s success is that, unlike traditional management consultants who rely on their clients' checks to stay in business, Aileron consultants “have no revenue to protect.” Because the operation is funded by Mathile (the $2,000 tuition fee doesn’t begin to cover Aileron’s expenses), Gipe notes, “everyone on the campus is in the very unique position of being able to be brutally honest … if I don’t come back it means I wasn’t committed to success.”

Of his own company’s transformation since he took the Aileron course, Gipe says, “Better doesn’t begin to describe it.” That’s what keeps Mathile committed to the project. “When you hear the testimony of a business owner who has totally turned their life or business around as a result of using the DOC model, that gets us excited,” he says.