I know, it’s always a tricky thing to (try to) predict the future but it’s also a fun exercise. It’s a sound way to reflect about the past year and seeing bits and pieces that amount to, sometimes, an upcoming trend. With the social and mobile web and its fast evolution and adoption rates worldwide, digital marketing is indeed under transformation and the earlier we see and embrace emerging trends, the better off brands will be in seizing the moment and gaining a potential competitive edge.

With this preamble in mind, here are the five trends I foresee for 2015 in the digital marketing world.

1. Google+ dies and goes to Heaven

5 Digital Marketing Trends for 2015Some of you may actually say 2014 was the year that Google+ went under, but truth be told, I am not even sure there ever was a time when Google+ was the “cool kid” of the social media landscape. When it launched in 2011, and folks had to be invited to try it out (sounds familiar? Pinterest, Ello and many others have used that technique as well…), there was a real buzz around Google’s social platform, even though Google itself kept saying it wasn’t a social media, but rather a social layer to Google.

During the past few months, Google backtracked on its Authorship functionality, and no longer requires (or forces) users to create Google+ account when using YouTube, Gmail or other Google tools. Even one of its best functionality, Hangout, is now a stand-alone application that can be used outside of Google+. So is Google+ officially dead, then? Not yet, and I am not sure Google will kill it off like it did with Wave and many others, but for brands prioritizing their social media accounts and strategies, given there is very little usage and interaction on Google+ (save a few notable exceptions) I would think many will think it over and may pull the plug altogether. 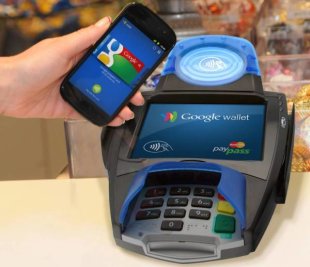 Nobody can deny the meteoric rise and penetration rates of smartphones on a global scale. In travel & hospitality, we have been seeing both mobile search and revenues increasing to double-digits percentages of online travel in general. But to what extent do we use our mobile devices to actually pay for products and services? Google Wallet has been around for a while, and there are some great examples of brands, such as Starbucks cafés, that are at the forefront of mobile payment with in-store capabilities and loyalty programs making transactions frictionless.

Yet, mainstream uptake has been slow for various reasons, from various technologies (NFC, QR codes, Square, etc.) to privacy concerns. Many experts have been waiting to see if and when Apple would step to the plate, since its Passbook application seemed poised for mobile payment expansion. Finally, this is now a reality with the new iPhone 6 and the Apple Pay ecosystem. Considering Apple’s influence and its avid fanbase worldwide, we can expect some interesting developments in 2015.

While I remain skeptical about the “internet of things” and wearable technologies in general – how are those Google Glasses coming along, anyway? I do believe 2015 may sound the beginning of a new era with smart watches, here again following in the footsteps of Apple’s new watch, due to hit markets in January. 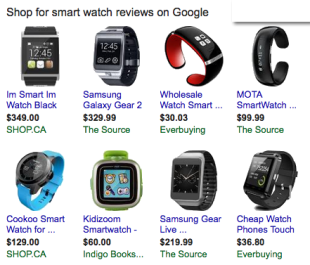 Various smart watches available for purchase on the web

If smart watches indeed make it into prime time, we can expect marketers from various industries to seize this opportunity to reach customers on the move, perhaps coming closer to that ever elusive goal of “reaching the right people, at the right time, in the right place”. It will be interesting to see how advertisers adapt as well to this new format, much smaller yet much intimate than any other device up until now.

Up until now, social media marketing has been mostly about engaging with communities of fans and followers, except perhaps for Facebook which has developed a pretty sophisticated advertising tool, either through its native campaign tool or with Power Editor. Other social media are now being a lot more aggressive in appealing to advertisers, namely Twitter and Linkedin which have both developed more sophisticated advertising tools allowing savvy targeting and intricate performance measurement.

Advertising is coming to Instagram and Pinterest, not to mention Snapchat and, most likely in 2015, Whatsapp as well. By now, most brands understand that social media is no longer “a free ride” and that organizations must invest in some shape or form in order for their social media efforts to perform and complement their overall digital efforts. That’s not to say that all platforms will spin towards a “pay to play” approach as we’re witnessing with Facebook, but it will certainly mean that savvy marketers ought to plan accordingly with increased budgets for social media marketing and advertising in 2015.

Last but not least, we’re seeing social media analytics finally becoming more accessible, and not just for advertisers. We have long been used to the depth of indicators provided by Google Analytics, and Facebook has been improving its Page insights over the past two years. Linkedin, Twitter and Pinterest are finally giving access to interesting indicators about a brand’s performance, even though breadth and depth varies from one platform to the next. Interested in Instagram analytics? That’s still unavailable, unless you go through a third-party application such as Iconosquare.

So what do you think will be trends to follow in 2015? Please comment below and let me know your thoughts!

This article was syndicated from Business 2 Community: 5 Digital Marketing Trends for 2015