How a teenager snubbed college to build an apps empire. 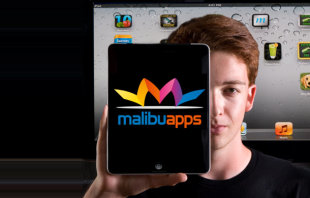 In the last year, 18-year-old Spencer Costanzo and his team of nine developers and designers have successfully built and brought to market 40 iPhone apps — eight of which rank high up on iTunes’ list of top 200 reference apps.

"The idea that I could create applications for a device as amazing as the iPhone was major motivation,” says Costanzo, the founder of the Princeton, N.J.-based Malibu Apps. “I still can’t explain the feeling of seeing apps I’ve created on iTunes top charts.”

Spencer Costanzo, the founder of Malibu Apps, is YoungEntrepreneur.com’s Startup of the Month. The startup’s apps cover a broad range of topics and include: the 10-Step Nutrition Program to Master Healthy Living, Complete Guide to Minecraft, My Best Dog Breed, and All Golden Eggs for Angry Birds Seasons.

Malibu Apps also offers iPhone and Android app development consulting and app icon design, as well as graphic design and eBook publishing services. And if you need to be reminded, Costanzo is just 18. We thought he and his company — which expects to reel in more than half a million dollars in revenue this year — was pretty impressive.

We chatted with the young founder about startup life, overcoming hurdles and his decision to forgo college.

Q: How did you startup?
A: Trial and error. Not many people know how to create profitable iPhone apps so I had to test, make changes, test again, make more changes and test 50 more times. I’m still testing new strategies today. When you’re creating apps through outsourcing, the process includes coming up with great app ideas, finding highly-skilled employees, diagramming how your app will function, marketing and coordinating the entire process.

Q: Was skipping college a tough decision?
A: Throughout high school I was constantly running smaller businesses that helped to finance Malibu Apps. I originally planned to take a gap year and attend college in 2013. But, as my net income quickly exceeded $100,000 before the end of the first fiscal year, my parents and I began to discuss the option of not attending.

Q: How did your parents take the news?
A: My parents fully support my decision and they believe that this is too good an opportunity to pass up. They feel that given my success, I can learn more from building Malibu Apps than going to college.

Q: You credit outsourcing the more technical aspects of app-building with helping you startup. Who do you outsource to?
A: When I was building Malibu Apps, I was mostly outsourcing mobile development and graphic design jobs to freelancers in China and India. Over the last year, though, I’ve put together a team of dedicated mobile developers and graphic designers. The expanded team now includes freelance writers for my growing eBook business.

Q: What has been your biggest gripe about the process?
A: Finding the right team. Since I don’t do the coding and design myself, I have to trust my developers and graphic designers to create amazing products. After some terrible experiences with developers who took months to respond to a single email, I’ve assembled a team of skilled iOS developers, two graphic designers and many freelance content developers.

Q: What’s your philosophy toward business?
A: I borrow my work philosophy from Gary Vaynerchuk: Don’t do anything you hate and only do work that you’re passion about. If I ever stop enjoying creating apps, I’ll start a new business. Entrepreneurship gives you the opportunity to create any job you want, so why not create one you love?

Q: What’s your advice for aspiring young entrepreneurs?
A: If someone tells you your business idea is crazy, you’re probably onto something. Most people aren’t innovative and think inside the box. While this is the safe thing to do, great things are always the result of thinking differently. You’ll never know if it was a bad idea until you try it. If my first few apps hadn’t completely failed, I would never have known what to do differently to create a successful app business.

This article originally appeared on YoungEntrepreneur.com