Fundable: A website that generates $1 million a week in startup funding 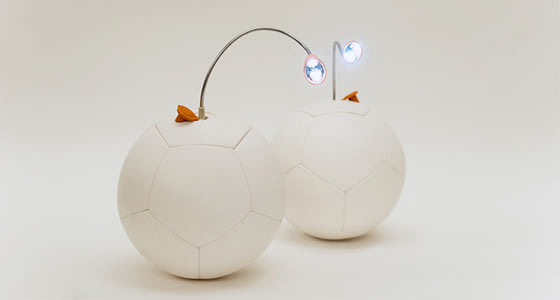 Uncharted Play, developer of the Soccket, raised $500,000 on Fundable

While crowdfunding websites like Kickstarter and Indiegogo were transforming the way artists, dancers, filmmakers, game and app developers, and other creative types get project funding, Eric Corl saw a need for a similar platform that could help everyday small businesses raise capital.

He’d already had experience at a company that connects entrepreneurs with investors online: as an Ohio State University freshman in 2004, Corl had served on the founding team at Startups.co.

Corl’s idea eight years later was that, similar to the way projects on Kickstarter and other popular platforms reward funders with branded t-shirts, coffee mugs, and cameos in films and books, businesses could raise money by taking pre-orders for products in development. He would provide the platform for offering pre-orders, as well as for conducting equity crowdfunding with accredited investors (individuals with an annual income of $200,000 or a net worth of $1 million). Businesses would offer shares of company stock directly to those investors in exchange for funding commitments, including options for convertible debt and debt funding.

Clearly, he was on to something. Founded in May 2012, in Columbus, Ohio, with partner and CEO Wil Schroter, Corl’s company Fundable now has 30 employees including veteran entrepreneurs Damon Caiazza, Elliot Schneier, and Ryan Rutan. This month the team celebrated 12 consecutive weeks of generating more than $1 million per week in small business funding from more than 28,000 investors. Fundable screens investors as well as businesses that can participate. Those accepted can set up a profile for free, and Fundable generates revenues by charging a $99 per month subscription fee during fundraising campaigns.

Corl says his business is essentially providing “software as a service” and calls equity crowdfunding the site’s “big differentiator” for small businesses.

“High tech has an ecosystem that doesn’t exist anywhere but Silicon Valley and a few cities outside of it,” Corl points out. “If you grew up in middle-class Cleveland, you don’t have much access to investors, the banks aren’t lending money, and [until last month] you were constrained from talking publicly about raising money.” Now, he says, thanks to regulatory changes and platforms like his, “companies anywhere can get funded if they have the right opportunity.”

Because Fundable launched before JOBS Act rules took effect, Corl says, the site started out complying with old laws. “People couldn’t tweet that they were raising money, only that they were taking pre-orders. Everything was very much behind closed doors in terms of companies being able only to talk to accredited investors,” he says.

Now, with the longtime ban on general solicitation of funding lifted, Fundable businesses are tapping a wider network of investors. Corl says entrepreneurs seeking capital can now talk, tweet, and post on LinkedIn about their need for investment. He compares the shift to going from trying to sell something at a garage sale to listing it on eBay. “It really opens up opportunities for entrepreneurs and investors—much more access to deal flow, transparent conversations, and a much more efficient and open market,” Corl says.

Anecdotal evidence of that abounds on Fundable. Corl claims that startups with profiles on the site are getting a lot more investor requests and driving more traffic to their profiles now that they have the ability to go out and market themselves. “Companies all over the country are raising money on Fundable,” he says.

Some examples? Uncharted Play, the company founded by Harvard students Jessica Matthews and Julia Silverman to develop the Soccket—a soccer ball that harnesses kinetic energy during play for use later powering a light—raised $500,000 on Fundable. And Ube, a startup from veterans of the home and consumer electronics industries, raised $765,000 to develop Wi-Fi-connected outlets, plugs, and dimmers that can be controlled with a smartphone.

Even pre-orders are helping businesses attract investors. “When there’s a clear demand for a product, investors come out of the woodwork and contact the entrepreneurs,” Corl says. Plus, offering pre-sales lets an entrepreneur test the market, he notes. “Instead of putting $100,000 of your life savings into a company before finding that out no one wants your product, you can use Fundable to find that out in a few months.”