A New Way to Distribute Your Mobile App 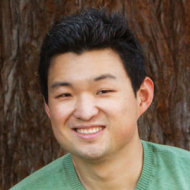 As consumers turn from TVs and desktop computers to spend more of their "screen time" looking at mobile devices, small businesses are increasingly considering developing mobile apps as advertising vehicles. That means more companies will be trying to figure out how to distribute and get users for those apps because, as David Zhao, co-founder of a Silicon Valley startup called Voxel, says, “Just because you build it doesn’t mean they’ll come."

Mobile app developers have few options for attracting users. "You can use word of mouth, or you can buy advertising,” Zhao says. And the trouble with advertising is that few users are willing to stop what they’re doing to click on an ad that takes them to the app store where they would then click again to install the app. That's why the average ad spend to get a user to install an app is $3 per user, according to Zhao.

His 18-month-old company's "try-before-you-buy” technology addresses that precise pain point. Zhao, who put his computer science degree to work for Amazon.com before founding and selling a mobile cloud storage company t0 Motorola, started Voxel with three former colleagues in December 2012. Their idea was to enable consumers to try out apps online before taking the next step to install them. They call the solution a "playable ad."

To be sure, some developers have already come up with a method to let users try apps—with mobile ads that let anyone stream video of the app in use. But Voxel goes a step further. Voxel’s technology, Zhao explains, “virtualizes apps” so that a user can actually try them out instantly on the cloud. Any standard app that would be installed and run on a mobile device could instead, if enabled by Voxel’s technology, be run remotely on Voxel’s server.

The technology is being made available through advertising networks to app developers. “Our partners in mobile advertising networks allow any developer to check a box to say ‘let people demo my app before they install it,'” Zhao says. Unlike creating a video to advertise the app in use, Voxel’s method relies on no additional creative production. "It’s very low-effort," Zhao says. "You already built the app, so you turn the app into the ad itself.”

Zhao doesn’t pretend, however, that every business needs an app. “An app might not be the right choice for everyone,” he says. “How do small businesses get a presence in world of mobile? The obvious answer is to create an app. But the movement to put your app in the app store today is a little like the one 10 years ago to build websites: Everyone’s jumping on the bandwagon without assessing if it makes sense for them."

Of more than 1 million apps in the iTunes app store, Zhao points out that only 1,000 have been downloaded more than 50,000 times. To determine the return on its investment in an app, he says, a small business needs to assess not just what it costs to create the app (there is plenty of information available to determine that, he says), but what it would cost to distribute it. “That is the void,” Zhao says. “How much does it cost to get people to use an app? It differs for every single business.”

Zhao explains the difference between promoting a product via mobile versus the web: “On the web, you get organic traffic from people searching for relevant things. But browser usage is only 12 percent of the time consumers spend on their mobile devices." In other words, mobile users aren't happening upon your business during a Yahoo search.

Zhao says his team is working now with the top 10 mobile advertising networks to provide the Voxel capability to ad developers, and he expects the technology to be widely distributed within the next three months. You’ll know it when you see a Voxel-enabled ad for a mobile app, he says: “Instead of being asked to download and install the app, you will be able to interact with it.”