6 Trends That Are Shaping the Future of Crowdfunding 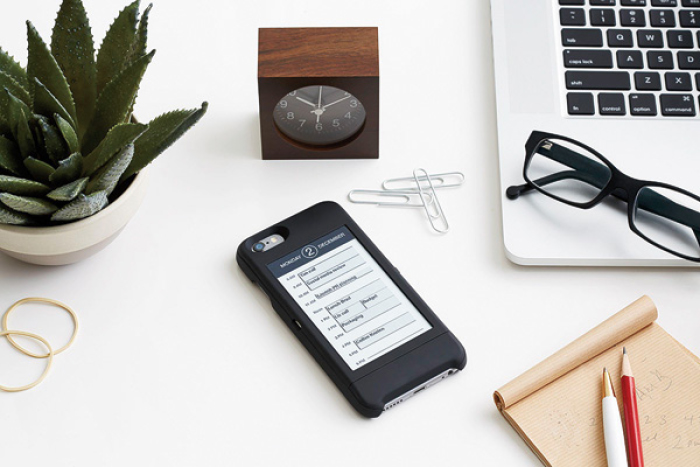 Before introducing PopSlate, a case that turns the back of a smartphone into a second screen, Yashar Behzadi needed to test the market for the high-tech product and get feedback from first-generation users. Crowdfunding, he suspected, would achieve both goals.

“A consumer-based crowdfunding campaign helped us engage early adopters and hone the product before it went to market,” explains the Palo Alto, Calif.-based entrepreneur. “For us, it was less about the funding and more about the crowd.”

Crowdfunding, once a niche model for those who couldn’t get traditional financing, has gone mainstream. Active global crowdfunding platforms generated $16.2 billion in 2014—a figure that is expected to more than double in 2015 to $34.4 billion, according to crowdfunding research firm Massolution.

That explosive growth has led to innovations, and entrepreneurs are racing to keep up with the changes. To increase the odds of securing funding and standing out from the crowd, startup execs are analyzing six key crowdfunding trends.

But despite the rise in niche sites that serve startups in specific market segments—such as AppStori for app development, MedStartr for healthcare and Barnraiser for food and agriculture—major players like Kickstarter and Indiegogo continue to dominate. Consider this: At press time, Kickstarter had more than 7,500 active campaigns. Meanwhile, AppStori had one; MedStartr, five; and Barnraiser, 12.

“Crowdfunding is a lot like social media; a few sites dominate the landscape,” notes Richard Swart, global crowdfunding and alternative finance researcher at the University of California, Berkeley’s Haas School of Business.

Before launching his PopSlate campaign, Behzadi researched several platforms. “Indiegogo had good global reach and could better amplify our product and brand compared with the more niche tech [platforms],” he says.

While some niche sites have potential, Swart believes there is little likelihood they will become major players in the crowdfunding sector. “Larger platforms are sitting on large war chests of money from operations and VC, giving them a powerful ability to outspend smaller niche sites on marketing,” he points out.

The trade newsletter Crowdfund Insider has predicted that a number of mergers and acquisitions this year will help smaller platforms scale and better compete against the virtual monopoly of the leaders.

Whether the goal is to attract backers via rewards-based campaigns or to offer a percentage of their companies to investors through equity platforms, more startups are hiring specialists to run their crowd-funding campaigns.

“Our clients are great at creating new products but have no experience with crowdfunding,” founder Chris Olenik explains. “We have the processes in place to deliver a successful campaign.”

Agency 2.0 and its competitors handle everything from writing sales pitches and shooting campaign videos to attracting backers. In exchange for their services, most agencies charge setup fees (Agency 2.0 charges between $3,000 and $25,000, depending on the complexity of the work), as well as a percentage of the total campaign funds raised, often 3 percent to 20 percent.

In the middle of a 2014 Indiegogo campaign, Jeffrey Maganis, founder and CEO of Newport Beach, Calif.-based ChargeTech, contracted Agency 2.0, hoping the added support could raise the profile of his campaign and attract additional funding.

“We took the campaign as far as we could on our own,” he says. “The agency helped bring more relevant backers and increased conversions.”

Building on the initial $120,000 the campaign had brought in, Agency 2.0 helped raise $326,000 to bring ChargeTech’s flagship product—billed as the world’s smallest cell phone charger—to market. Maganis says that bump made the agency fees worthwhile.

Even though he plans to contract with an agency for an upcoming campaign, Maganis is aware that bringing in experts doesn’t guarantee success. “An agency can only take you so far,” he says. “At the end of the day, you have to have a good product for crowdfunding to be successful.”

3. Not just for indies anymore.

Corporate America is into crowdfunding, too. Swart notes that major brands, including Kia and Kimberly-Clark, have launched campaigns to test the market for new products.

“Corporations are realizing there is a lot of social engagement on crowdfunding platforms that can drive corporate innovation and offer alternatives to focus groups,” Swart says.

In many cases, these companies launch campaigns under the names of smaller subsidiaries to prevent prospective backers from reacting to the established brand instead of the product at hand. When Sony ran a crowdfunding campaign for an E-Ink concept watch on a Japanese platform, it was listed as a project of Fashion Entertainments, a division of the tech company charged with developing next-gen wearable devices.

With more corporations launching projects on crowdfunding sites, Swart worries that the trend could change the ethos of the once-grassroots campaigns.

“Does the entrance of Fortune 100 companies destroy the crowdfunding culture?” he ponders. “It’s definitely making it harder for startups to stand out.”

In fact, an increasing number of VCs want startups to engage in crowdfunding before requesting backing, according to Ethan Mollick, professor of management at the University of Pennsylvania’s Wharton School.

“[A crowdfunding campaign] is a good sign of traction before raising VC,” he says.

In 2013, Colorado-based venture capital firm Foundry Group made headlines by announcing that it would commit $2.5 million to investing in crowdfunding campaigns posted on AngelList.

Crowdfunding “funds” are popping up to give investors the opportunity to back categories of projects instead of homing in on specific campaigns.

U.K.-based platform Crowdcube partnered with Braveheart Investment Group to create a fund that allows investors to put money into their areas of interest.

Swart, who likens the investments to mutual funds for small-cap private companies, believes U.S. startups and investors could benefit from the model. But for now, it’s a waiting game. “Under the JOBS Act, these investments aren’t legal in the U.S.,” he explains. But he believes the option to buy into crowdfunding funds will come as the industry continues to mature.

Thanks to JOBS Act changes that allow accredited investors to participate in equity crowd-funding, new platforms like Fundable, Crowdfunder, CircleUp and AngelList have popped up to facilitate those transactions.

Behzadi embraced the equity model, raising $1.6 million in a seed round, including $300,000 via Fundable, which connects entrepreneurs with investors willing to provide funding in exchange for shares in their startups.

“Startups looking to raise $250,000, $500,000 or $1 million are looking for investors to write bigger checks, and at those price points, investors want a stake in the company,” explains Wil Schroter, Fundable’s founder and CEO.

Behzadi brought on eight parties who invested in exchange for a total of 7 percent equity in PopSlate. The equity raise, he insists, was about more than financing.

“The decision was strategic and went beyond funding,” Behzadi says. “We wanted partners who could help us with distribution and partnerships. It was all about their networks and the access they could offer.”