Three Things You Need To Know About Traffic Scoring

Traffic scoring isn’t a universal system. Because of this, understanding them can be confusing. Especially when you’re working with more than one company because each score is different.

When you search for “traffic scoring,” not much comes up. Companies keep their scoring methods to themselves to protect their work from competitors. Sharing this information would also tell fraudsters exactly how to get around the rules.

Most companies that score traffic are ad tech companies aiming to prevent ad fraud. But what this prevention actually entails differs from one company to another. Each company has its own rules, but there are three things they all consider.

Here’s an inside look into what your scoring or analytics company looks for.

A crucial part of traffic scoring involves sorting the good and bad sources. Whatever system is in place needs to have that at its core.

Google recently reported that 56 percent of their ads aren’t viewable. This astounding number has many factors, but one big one is click fraud. Click fraud is when another company clicks your ads to only cost you money.

Because you pay per click, this can cost you some serious money if left unchecked. That’s why genuine human users are so important when rating traffic.

Our CEO, Richard Kahn, says that human involvement is the number one quality factor. That means a source is a real, live, human being instead of a cold, unloving, bot.

Each company uses their own set of secret formulas to see if a user is human or bot. Some include monitoring click speed for sketchy behavior patterns, while others create specific tests. These tests are so definite a bot would fail if it pretended to be human.

Since bots can’t buy stuff, being able to reach actual people is key. Advertisers want human traffic, so weeding out bots is a huge part of preventing fraud.

Determining quality sources has one other factor involved besides human interaction: source location.

The location of the source impacts conversion rates, so it should be assessed carefully.

This can involve looking at the source’s geographic location or industry. Most companies rate the relevance of the source in relation to what you want.

The source needs to make sense for your campaigns and produce converting traffic.

Identifying sources happens with tools like Google Analytics’ UTM codes. UTM codes are extra tags added to your URLs that tell you how someone got to your page.

If you have tracking enabled, UTM codes will tell you a lot about your website traffic.

Besides source (such as social media or blog post), it can show you the channel (eg: Twitter). It can also show you searched keywords and the campaign’s name.

UTM codes are great for monitoring your campaign’s success. Curious if you have a non-performing ad? You’ll know when you don’t see its tag in your traffic reports.

Source and human involvement go hand in hand to assess if traffic is the best quality.

A traffic scoring company wants to give you traffic based on your needs. Your needs could be anything from videos watched to goods purchased.

Let’s look at “billboard traffic,” for example. This is traffic focused on visibility and brand recognition. Frank Holland, eZanga Traffic Acquisition Manager, says it would get a score of 1-3 with eZanga’s traffic scoring.

Startups or small-time retailers would want this because it spreads their name around. But it won’t get many conversions.

While a low score may seem negative, it’s actually not. The numbers are subjective. For eZanga traffic, low numbers mean lower probability of conversion. But conversions may not be your focus.

What score you’re looking for depends on your goals.

No matter who scores your traffic, they should be primarily concerned with your goals. Scoring companies should know your preferred actions and protect you from fraud. After all, they want to make you happy so you’ll stick around.

It’s important to know how your traffic is scored to reach the type of customer you want. Without scores, you would have less knowledge of your traffic. These three filters are important to anyone. They should be at the forefront for any scoring company, regardless of their own rules.

This article was syndicated from Business 2 Community: Three Things You Need To Know About Traffic Scoring 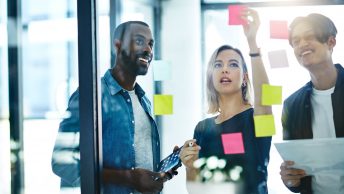 What Is a Top-Level Domain (TLD) and Why Is It Important in Buying a Domain?