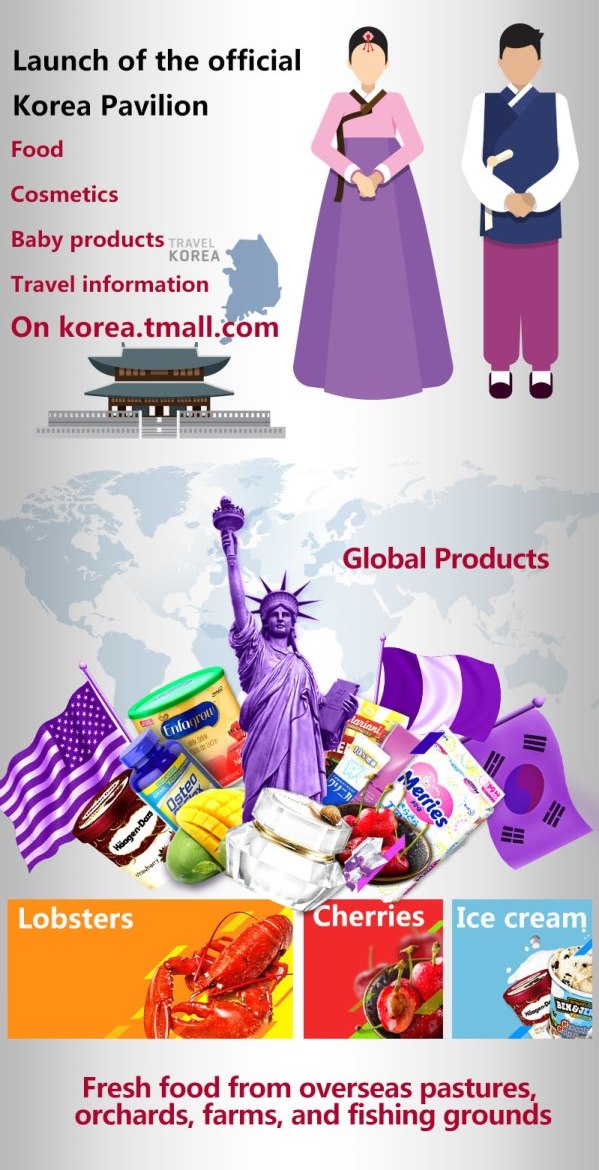 Tmall.com, Alibaba Group’s market-leading B2C shopping site, plans to make more than 300,000 products from 25 countries available to Chinese consumers during an upcoming online promotion as part of the company’s ongoing efforts to increase e-commerce between China and the rest of the world.

Jeff Zhang, head of Alibaba’s China retail marketplaces Tmall.com, Taobao Marketplace and group buying website Juhuasuan, said that globalization is the focus of the company’s annual mid-year sales promotion, which starts later this month and lasts for 30 days. “Tmall will continue to enhance the global supply chain to offer a variety of products at the same prices they sell for in overseas markets,” Zhang said in a statement. Tmall’s marketplace allows overseas merchants with online storefronts to sell and ship directly to Chinese consumers. Zhang added that Tmall is working with foreign government agencies to build official country “pavilions” on Tmall like the one unveiled by South Korea last week.

Scroll down to view an infographic of Tmall mid-year sales promotion.

Tmall said some 300,000 products from 25 countries will be available for consumers during the promotion. Participating retailers include eight multinational supermarkets and hypermarkets including Costco from U.S., Inferno from Germany, and King Power from Thailand.

Popular product categories favored by Chinese consumers when shopping overseas, such as baby products, cosmetics and health foods, will be featured. Soukai Drug, a Japanese online retailer selling household goods and beauty care products, will join the campaign after opening a storefront on Tmall Global this month. Tmall Global provides merchants who don’t have a presence in China to reach Chinese consumers through online channels. Other Japanese cosmetics vendors joining the promotion via Tmall Global include Cosme, Kenko and Kirindo.

Also available will be wine from Bordeaux, cherries from America, tea from Taiwan, lobsters from Canada, and ice cream from Ben & Jerry’s, Haagen-Dazs, Jersey and other global brands. Fresh food will be shipped internationally through a cold-chain logistics service supported by Alibaba’s logistics arm Cainiao. Tmall said consumers will be entitled to refunds or other compensation if goods arrive in sub-par condition.

In all, more than 20,000 merchants were selected by Tmall to participate in the promotion out of more than 30,000 applicants, the company said.