Have an idea or a project you think could make bank, inspire others, or blow some minds? Bring it to life! Easier said than done, right? Where do you find the funding, and would others actually find your idea just as amazing as you do? Problem solved. Use Kickstarter!

Kickstarter is a “funding platform for creative projects” in the music, film, art, technology, design, fashion, food, publishing, etc. worlds. Essentially, a project is created or proposed, and people pledge dollars towards that project as a form of support. If the project succeeds by meeting the fundraising goal and deadline, all proceeds go towards the project. If the project fails, none of the “backers” are charged, and you simply need to try, try again.

According to Kickstarter, since their launch in 2009, “over $450 million has been pledged by more than 3 million people, funding more than 25,000 creative projects.” So far, 44% of all Kickstarter projects have reached their funding goals. That’s a lot of innovation successfully brought to life! 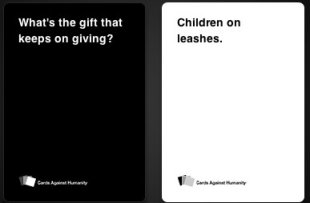 Think Big, Get Funds, Bring Ideas to Life with KickstarterCards Against Humanity

There are endless inspiring, ambitious, amazing, and downright hilarious projects that have all been funded through the help of Kickstarter, just in the last year. Take a look at their “ Best of 2012” compilation to see the success. You can also discover current projects in the works on Kickstarter by category, city, tags, most funded, most popular, staff picks, and even recently successfully funded.

So how do you give Kickstarter a whirl?

Define your project. Kickstarter states, “Having a focused and well-defined project with a clear beginning and end is vital. For example: recording a new album is a finite project — the project finishes when the band releases the album — but launching a music career is not. There is no end, just an ongoing effort. Kickstarter is open only to finite projects.”

Make sure your project abides by Kickstarter Guidelines, and make note of any prohibited uses.

Prohibited content. There are some things just not allowed on Kickstarter. 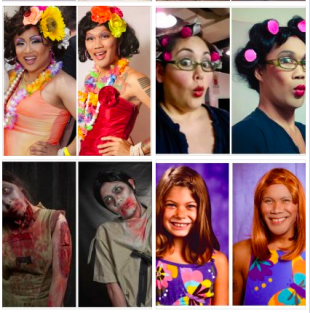 Think Big, Get Funds, Bring Ideas to Life with Kickstarter

Kickstarter recommends that you create and state rewards for backers. What will backers receive, see, experience, etc. in exchange for supporting your project? Will they get a CD, appear in a painting, or receive thanks in the credits? Let backers know what they’ll get in return.

Musician, Jeff Harms reached his goal on Kickstarter two fold for an album he wanted to produce entitled, He Said She Said That’s What She Said. As a result, Harms wrote songs for his backers:

Next, you’ll want to set goals. How much money do you need? Do you want to try to raise full or partial funding via Kickstarter? This may also help determine the success of getting funded. If you only need partial funding, the more likely you may reach your goal.

Then, you’ll want to create a video. According to Kickstarter, “Projects with videos succeed at a much higher rate than those without (50% vs. 30%).” Review their video tips and requirements for more info.

Finally, you’ll want to build your project, promote the heck out of it (no spamming allowed, of course), update your progress, and if all goes well, fulfill the rewards to backers who believed in you – ‘cuz your idea really was awesome.

So what’s the holdup? Time to bring your brilliant ideas to life! If you’d like even more in-depth information about the wonderful world of Kickstarter, be sure to check out their Kickstarter School website.

Have you, or anyone you know used Kickstarter? Tell us about it!