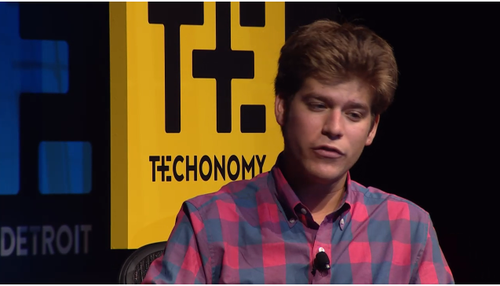 The White House Office of Science and Technology Policy estimates that 1.4 million information technology jobs will be created in the U.S. by 2020, but only 400,000 computer science graduates will be available to fill them. What to do about that 1 million-worker deficit is a problem that Brian Forde, Special Advisor for Mobile and Data Innovation to the White House CTO, is tasked with thinking about.

Considering that 21 percent of college students in Asia and 12 percent in Europe are graduating with engineering degrees, while only 4.5 percent of U.S. college students are doing the same—and that China is producing 600,000 new engineers per year, while the U.S. produces only 60,000—outsourcing or hiring overseas talent seem to be the only options for U.S. businesses.

But Forde says you don’t need a STEM (science/technology/engineering/math) undergraduate degree to get a STEM type job anymore. Instead, he says, “You can be upskilled in 3-24 months.” He points to boot camps and accelerated learning programs, such as the free interactive platform Codecademy, that are sprouting up to offer training in coding, networking, systems administration, tech support, and cybersecurity.

In a conversation at the recent Techonomy conference in Detroit, Forde spoke with Techonomy CEO David Kirkpatrick and Codecademy co-founder Zach Sims (pictured) about how such programs could contribute to the economy and jobs, and why more people should learn to code.

The knowledge of coding unlocks your ability to be more creative, and to take jobs with more flexibility, Forde says. “It allows you to invent solutions.”

Sims, who dropped out of Columbia University in 2011 to start Codecademy, says coding is becoming “fundamental literacy” for workers and students of the 21st century. He says he started the business with two theories: that “a programming skillset would be relevant for anyone and everyone,” and that  “schools across the world would change curriculums to teach people aptitude in computer science and programming.”

Both theories have quickly been proven, he says: “Every industry is being changed by technology—even entry level jobs in ad sales require basic understanding of programmatic ads.”

Aside from the fact that more than 25 million people around the world have already taken Codecademy courses, Sims and his team now work with several governments that have retained Codecademy to help develop coding courses for their schools. In the UK, he says, every primary and secondary school student will take a programming course this year. In France, every school will offer programming classes. And every student in Estonia now learns to program on Codecademy.

Sims says though 70 percent of Codecademy users are outside the U.S., the largest single national user is the U.S. Even if computer programming hasn’t been introduced widely to K-12 classrooms, he says “consumers, companies, and employers understand the gap between education and labor. We hope that by providing them with the resources to upskill and fill that gap, people will vote with their feet. They’ll take courses on Codecademy and find those modern jobs.”

And as for sending programming tasks overseas if an IT talent shortage in the U.S. prevails, Sims warns, “It’s hard to find a great tech company that has been built on outsourcing. The quality of product not as good when everyone is not in one location on one team.”