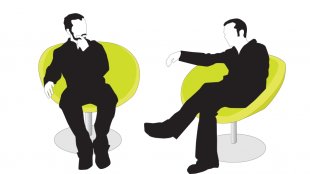 How To Start And Keep A Conversation On Twitter

Twitter is a powerful social network, but more people are using the network aspect of Twitter instead of the social aspect. Twitter is a place where businesses and entrepreneurs can reach their customers and create a fan base easily, but in order to have a quality fan base, you have to be social. More people are realizing how important it is to have conversations with their followers.

These are 3 of the ways that you can start a conversation on Twitter:

2. Mention or reply to someone on Twitter. It is important to know the difference between a mention and a reply. A mention is just a tweet with the person’s username and nothing else. A reply is a direct reply to one of the person’s tweet. The reply still has a username, but mentions and replies are different. If you want to start a conversation that isn’t relevant to any of the recent tweets, mention the person. You can mention the person on the upper left where it says, “Tweet To So And So.” When you want to build on a conversation revolving around a person’s tweet, reply to that tweet.

3. Ask a question. The question you ask can spark some controversy (asking which sports team is better in a rivalry will get a lot of replies), you can have a Q&A, or you can give a trivia question. No matter which question you tweet, the only way someone can answer that question is by replying to you.

2. Take the conversation outside of Twitter. If you realize the person you are talking to has a blog, tweet about that person’s blog. That person will have another reason to talk to you because you just tweeted one of their blog posts. Submit a comment to the blog on the day you start having the conversation on Twitter. If the person talked (or is talking) with you on Twitter, they will also want to talk with you on their blog.