Gone are those primitive days of creating a mobile app based on a website. Fast forward 2013, it is the era of creating a portfolio of mobile apps without any reference to the website. Small screen estate of smartphone device is getting bigger and better than ever.  Nowadays social app landscape is widely dominated by the surge of  standalone apps. Be it  Snapchat, Vine, Instagram, and Tinder, the trend is clear– developing standalone apps and enhancing the core product on the other hand. Everything boils down to ease of use. Mobile users particularly enjoy the simplicity of tasks associated with carrying out one specific function always. In a bid to add more features with each new rollout, developers often put usability on mobile devices at stake.

The ability to draw new audiences is the prime factor driving the rise of standalone apps. Think about it, innovation has far greater reach as a new standalone product compared to a new feature to an existing app.  For instance, what would work better a new app that would improve messaging capability or a new feature of messaging to an existing app?

Standalone apps, with their clear sense of purpose have a distinct edge over apps trying to perform multiple functions all over the place. It is now all about making the experience so fulfilling that users will get hooked to the app.

But Do Standalone Apps Really Work? 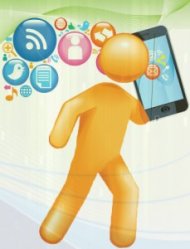 Mobile apps are now more about change and the concept of core apps is fast fading away. It is important to capitalize on certain factors such as team strength, technology, and your target audience to leverage growth. Remember, you can either use standalone apps to leverage the core app or simply use standalone apps to accelerate your growth. It works both ways around. There are several advantages of standalone apps. While a legacy app can pride itself for a lot of users, there are several risks involved such as huge code or building the app from scratch. Standalone apps function flawlessly and are often undeterred by the decisions of legacy app users.

Here are some standalone apps that worked wonders and experienced meteoric growth  viral:

Snapchat: This is a unique app that lets users take photos, record videos, add text and drawings. A perfect role model for standalone apps, Snapchat allows to email pictures and videos “termed as snaps” to only controlled list of recipients. So what is new about the idea? Users can set a time limit for how long recipients can view their Snaps. Once the time limit is up pics will be hidden from the recipient’s device and deleted from Snapchat’s servers. This app went viral just like a snap. Quick and easy are the keywords.

Vine: Hard to believe that Vine debuted less than a year ago. This app allows users to create and post short video clips which can be shared or embedded on social networking services such as Twitter. Well, both advertisers and journalists use this app to effectively showcase products or capture newsworthy events.

Facebook Messenger: One of the first mobile applications that Facebook developed and released outside the official Facebook app. This app is primarily dedicated to sending messages and texts via the world’s largest social networking site.

Are They Right for me?

You don’t just have to ape an existing concept. Knock off all the ambiguity. Always keep in mind, it all boils down to teamwork and execution of idea.  You need to exploit the idea to the core and strike a perfect balance between creativity and focus. Remember, standalone apps are about how well you embrace the new concept and ultimately drive engagement and viral growth.