Social Justice: Lammily and the Millennial Impact on Brands

If you are plugged into social media and/or women’s issues, you have probably heard of Lammily, the doll created by Nickolay Lamm as an answer to the mythic proportions of Barbie. I heard about her on my friend Shelly Kramer’s Facebook Page and ordered one right away; I thought I was late to the game, until I started talking to many of my mother friends who had never heard of Lammily. So I decided to write this post for those of you who are raising a daughter, or a niece, a grandchild, or touching the life of any young woman and are unaware of Lammily.

Nick Lamm originally created a model of a doll with the measurements of an average 19 year old woman. Instead of measuring 36-18-33, the more realistic doll was scaled to reflect a 5’4″tall 19-year-old girl with measurements of 32-31-33. He then Photoshopped the doll to look like Barbie in both coloring and packaging. 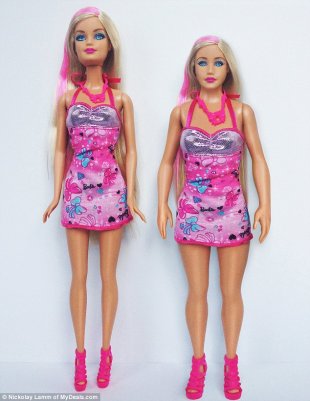 Social Justice: Lammily and the Millennial Impact on Brands

The model doll created a ton of buzz; Lamm and his creation were featured all over mainstream and social news. People clamored for the real thing – they wanted to buy an actual ‘normal doll’ for the children in their lives, so Nick Lamm decided to make it.

If you’ve already wandered over to the Crowdtilt campaign for Lammily, you’ll see that it’s blown the doors off of its 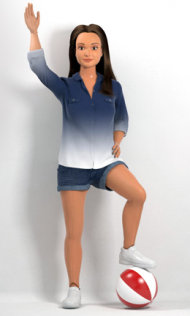 Social Justice: Lammily and the Millennial Impact on Brandsfundraising goal of $95K, reaching over $500,000. Like most successful crowdfunding campaigns, I believe the reason Lammily is already a success is because its goal touches people on a very personal level.

The basics of the Lammily doll is that she is nothing like Barbie. Shorter and dark haired, in addition to her more realistic proportions she wears little make up, has articulated hands, feet, knees and elbows, and she’s shown in active poses. This girl is no couch potato.

Why Lammily Touched a Nerve

A considerable amount has already been written about Barbie’s unrealistic proportions and the fairy tale example she sets for young girls. For decades women’s groups have decried both her proportions, attire, and the accouterments.

Personally, although I was aware of the anti-Barbie movement, and I am a feminist, it wasn’t something that riled me up. I did not play with Barbies as a child; my grandmother did buy me fake Barbies, and make clothes for them, but they never captured my attention. As a farm girl growing up in a very rural setting, we watched very little television and spent the majority of our time outdoors. I never connected with Barbie, and therefore did not feel passionately either way about her.

Until I had a daughter.

If you looked on my daughter’s toy shelf you would find 5 or 6 mostly naked Barbie’s with tangled hair. Their shine has worn off, and they sit unused on a shelf, but at some point she wanted them badly enough to ask for them. Because she has become a ‘horse girl,’ instead of playing with dolls she spends her time setting up her hundreds of little toy horses, barns, wagons, buckets and all of the other tiny things I try not to vacuum up.

And that was my hope when I bit the bullet 7 months ago and signed her up for real life riding lessons, embraking upon one of the most expensive hobbies a young girl can choose. It was intentional, because I had become very, very worried about the Princess Syndrome.

It was not Barbie’s fault. For whatever reason, Barbie didn’t strike much interest in my daughter either, but those Disney Princesses, well, they were taking over. She had tons of Princess dresses, tiaras and plastic jewelry. That wasn’t the issue, it was the books, and more to the point, the princess stories. When you sit down to read a bedtime story and every single one of them is about finding that Prince and getting married, you realize how desperately parents needed a princess like Merida in Brave. And why the Lammily story resonated so deeply with them.

Although Barbie was not the culprit, the Catch a Man Culture was taking over my daughter’s imagination. Horses have saved us, for now, but this syndrome is the reason that I personally ordered the Lammily Doll the second I heard of it, and I can’t wait until November when they ship.

Push Back Against Lammily 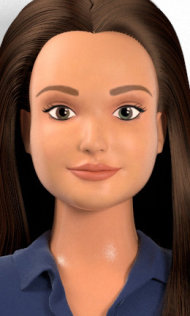 Social Justice: Lammily and the Millennial Impact on BrandsWhen searching for the reaction to Nick Lamm’s doll I was expecting something different than what I found. I was expecting some serious PR work from Mattel, Barbie’s manufacturer, and yes, that’s out there. What I wasn’t expecting was the number of posts calling out Lamm for the fact that Lammily is fit.

That’s right, she’s active and in good shape, and for some people that is a problem in itself. Jenee Osterheldt of the Kansas City Star took issue with the fact that Lammily has a flat stomach. She doesn’t want the word ‘normal’ used at all when describing this doll because:

When we start using words like “normal” and “real,” we are teaching girls to compare by saying this is what normal looks like in the form of a plastic mold. What if we don’t have an athletic build or wear preppy clothes? What if we don’t fit that mold?

The thing is, nowhere on the Lammily.com site is the doll called ‘normal.’

Yesterday, a little late to the game, I started reading Marketing to Millennails by Jeff From and Christie Garton. I’ve become more and more enamored with this generation through my writing here on Social Justice. Numerous times I’ve described the hope they have restored for me that we can be a better society.

I’m only a quarter of the way through Fromm & Garton’s book, but my level of hope is now soaring. Yes, I know that Millennials have high volunteerism rates and are working to change their world, but it is the high level of expectations that they have for the brands they buy from that has me convinced that things are changing. It’s not simply that social media has given consumers a megaphone, it’s that it is now used regularly to impact the decisions that companies make. And better yet, the book has made me realize that I am not alone as a Gen Xer who relates to Gen Y, but that many of us are adopting their tactics and tools.

Lammily is a perfect example of how Millennials are changing the market: frustration with a product doesn’t stop at negative reviews and blog posts, something is done about it. Lammily started as a statement on the unrealistic proportions of a doll, but it became a real product through the contributions of over 13,500 people.

In Nick Lamm’s own words:

“Rather than waiting for toy companies to change their designs, let’s change them ourselves by creating a doll that promotes realistic beauty standards.”

This article was syndicated from Business 2 Community: Social Justice: Lammily and the Millennial Impact on Brands