Smartphone Owners and Their Morning Routine 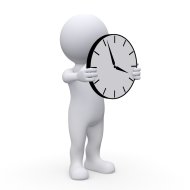 Smartphone ownersThink about your daily morning routine, especially for those who are Smartphone owners. What is the first thing that you do when you step out of your bed? Make a cup of coffee? Turn on the TV? Get your clothes prepared for the day? It appears that none of these activities are at the top of the list for mobile phone owners. A 10-city survey of Smartphone owners by mobile testing firm SOASTA reported that 84% of owners check an app as soon as they get up.

The survey revealed that New Yorkers are particularly tech addicted with 92% of city dwellers browsing their Smartphone apps first thing in the morning. Surprisingly, Los Angeles was at the bottom of the list, with only 75% of Smartphone owners checking an app when they first wake up.

What is it about Smartphones that makes their owners obsessed with them? According to psychology lecturer Dr. Simon Hampton of University of East Anglia, “People’s inability to leave their phones alone is the newest addition to common ‘displacement’ behaviors such as smoking, doodling, fiddling with objects and picking at food. It’s also an extension of ‘nomophobia‘ – the fear of being without your mobile.”

What are the Top 4 Smartphone Apps that Owners Check First Thing in the Morning?

What do you check first thing in the morning when it comes to your Smartphone?

Why are Smartphone Owners’ checking their Apps in their Morning Routine?