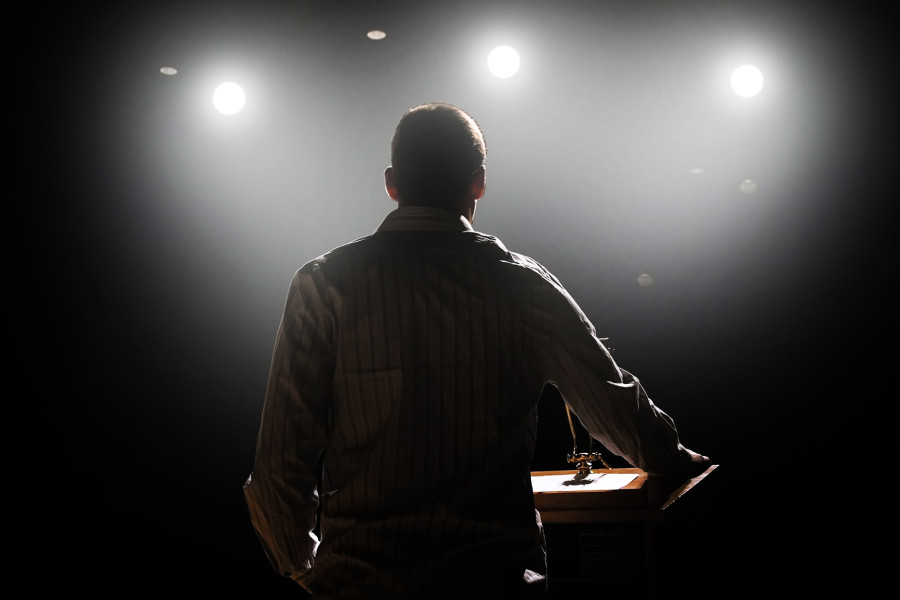 Since I joined the professional speaking circuit a few years back, I’ve been exposed to a broad variety of speakers who generate revenue from the stage; some do it as a full-time gig, others – like me – speak on a part-time basis because we earn the bulk of our income from other sources such as consulting and advisory work.

Many professional speakers are ‘old school’ thought leaders in their own right, having developed a profile via the traditional media for their thoughts and ideas over a period of years. Sometimes, but not always, they have also written a book or books.

Going back a few years, it was hard to break into the somewhat cosy club of professional speaking because, unless you had strong public awareness and recognition, securing a steady flow of paid speaking gigs was often a tough task.

And of course to build a decent-sized profile you needed the media, and this too was often a difficult proposition as journalists and broadcast producers tended to be a conservative lot – if they found an expert who could provide them with the information and quotes they needed on a particular subject, they often stuck with them over time, making it hard for other experts in the space to break in.

We can trace that path even further. With a media profile, your chances of securing a book deal increased, and with a book released by a reputable publisher your reputational stocks would go up, making you a more attractive speaking candidate for conference organisers and event planners.

So, as you can see, the ‘media profile/book’ combo has been a well-worn entree into the world of professional speaking for years now, and I might add it continues to be an effective pathway to the circuit today.

But it’s not the only way, not today. Today there’s a new breed of professional speaker coming through the ranks – they’re subject matter experts and thought leaders who have earned their profile and reputation as a result of the content they’ve published, the connections they’ve made and the relationships they’ve built up over time via social networks such as Twitter, Linkedin and Facebook.

Rather than wait for the media to come calling and hand them a profile on a platter, this ‘new breed’ have put in the hard yards and built their own platform using social media and online publishing technologies such as blogging and podcasting, and in doing so have attracted an engaged audience of advocates who share the content they produce with their own personal and professional networks, thus extending the individual’s reach and influence.

Over time members of the traditional media will increasingly sit up and take notice of these new media mavens, in turn increasing the chances of editorial exposure for the individuals involved. Remember, “getting column inches” today can also mean being covered in a specialist blog or interviewed on a podcast or online video show, for example.

Sometimes becoming your own media channel – and then topping up that exposure through additional coverage via traditional media outlets – can lead to a book deal with a recognised publishing house, or you may choose instead to self-publish (which doesn’t carry the stigma today as it did years ago when it was dismissed as ‘vanity publishing – if you are thinking of going down that path, I strongly recommend devouring everything that Joanna Penn does over at The Creative Penn). I caught up recently with Boston-based best-selling author and busy professional speaker David Meerman Scott (above) who was in Melbourne to speak at a Tony Robbins Business Mastery event (he wrote about it here).

David is a perfect example of someone who has used the combination of blog and social media to great effect. I asked him this week how important was his blog to the speaking (and writing) side of his business. This was his reply:

It (my blog) is where my current stuff is and I write a lot about real-time. That’s my real-time place. The past few posts, for example, have been about the Grateful Dead’s final shows and the Republican candidates for the US Presidency. People who book me to speak like that I draw current events into my real-time marketing talks.

It shows I have an audience of people who pay attention. When I get a bunch of comments it means I have people who care about my stuff and publishers like that because it implies those people might buy books.

My blog is my real estate and helps me get high search engine rankings. So when people are searching on a speaker on a niche topic like real-time marketing (or whatever) one of my posts might pop up.”

Other examples of bloggers/content creators and social media mavens who have parlayed their online presence into professional speaking (not to mention publishing deals in many instances) include:

… not to forget the aforementioned Joanna Penn.

So the message is clear:

If you’re keen on pursuing public speaking seriously, you need to start laying the groundwork by building your own platform via blogging and social media, while at the same time exploring opportunities to gain editorial exposure through traditional and ‘new’ media outlets.

“Be so good they can’t ignore you.”