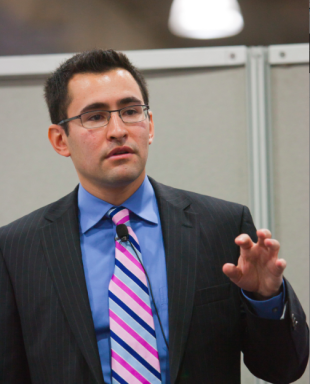 Consultant Dan Schawbel is the author of Promote Yourself

Dan Schawbel’s new book is called Promote Yourself, and there can be no doubt he’s walking the talk. Any author who can get book-cover testimonials from the likes of Daniel Pink, Stephen Covey, Jack Canfield, Guy Kawasaki, Gretchen Rubin and more than a dozen other captains of industry, media, and self help has every right to call himself an authority on getting recognized at work.

Schawbel’s first book, Me 2.0: 4 Steps to Building Your Future, published in 2010, described how to leverage social media to get a job. The 29-year-old has since forged a career for himself as a consultant, speaker, and author helping his Generation Y peers thrive in the new economy. But his insights can serve anyone grappling with what he calls “the new rules for career success.”

Nearly a year ago this blog featured Schawbel’s advice on how to build a personal brand. His new book, due out September 3 and available for pre-order now, lists some rules that should be plainly evident to anyone by now, such as “your job is temporary,” “you’re going to need a lot of skills you probably don’t have right now,” and “your personal life is now public.”

But it also contains great advice. Some of that comprises ideas for managing your Facebook, Twitter, LinkedIn, and Google + accounts to advance, or protect, your professional reputation (I paused mid-chapter several times to adjust my own Facebook account settings based on his advice).

Schawbel also gives tips for creating your own content and boosting your chances of turning up in online searches. He also offers an entire chapter on how to “gain visibility without being known as a self-promotional jerk,” including 6 rules of self promotion and his own experience with “self-promotion run amuck” while trying to impress a barmaid, and a quiz for determining if you’re an obnoxious self promoter.

Here are a few takeaways from Promote Yourself: The New Rules for Career Success. Take it from a pro; it worked for him:

Take control of your online reputation. Schawbel recommends positioning yourself online the way you want to be seen by employers. He says, “If you aren’t consistently posting to social media, you aren’t linking to relevant blogs, you aren’t leaving comments on other people’s blogs and sharing information that’s relevant to your job, and if you aren’t networking through LinkedIn, updating your online resume, or you don’t know what this week’s Google search will reveal about you, you’re letting other people control your reputation—and that’s a huge mistake.”

Use video to promote your expertise. “Don’t write off YouTube as a way to build your brand,” Schawbel says. “Have you finished a successful project? Are you a whiz at CRM? Do you get compliments on your PowerPoints?” He recommends using free video editing programs to “put your ideas front and center” and notes, “you don’t have to be in front of the camera to use video to build your brand."

Stay current to stay employable. Schawbel quotes Darwin here: “It is not the strongest of species that survives, nor the most intelligent, but the one most responsive to change.” Change in today’s organizations is constant. “People who adapt survive, people who don’t, don't,” he writes, and adds, “It’s always cheaper to higher a young person who has current skills than to keep an older person whose skills aren’t as up to date.”

It’s hard to know which skills you’ll need in the future, of course, but he points to trends you can look to for clues: the 3 million open jobs in the U.S. that employers are having a hard time filling despite record unemployment rates (many in engineering, accounting/finance, and IT); the thousands of college-level jobs that are going overseas to Indian and Chinese professionals; and the now automated tasks that were once Americans’ jobs.

Maintain contact. Schawbel’s research shows that more and more employers agree with the “70 percent of college students and young professionals who don’t think it’s really necessary to go into an office.” But remote workers, he says, are missing out on opportunities to promote themselves to colleagues and superiors. “If people don’t see you, they won’t think of you when a new opportunity comes up,” he writes. “So you need to make sure your manager sees your name or your face or hears your voice every day.” How? “Use Skype, Google Talk, or some other video conferencing system. IM, text, or tweet, and don’t be afraid to pick up the phone. But make sure you know your manger’s preferred method of communication.”

If you can’t wait until September 3 for the rest of Schawbel’s savvy insights, you can start imbibing his wisdom now by signing up to get his monthly “Promote Yourself” email newsletter.