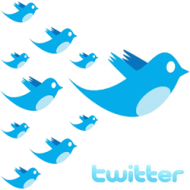 Having fake followers is never good, no matter which social network you use. I recently started to use Pinterest, and I have been amazed with the results. Although I have over 7,000 followers on Twitter, I’ll be jumping up and down when I get 10 retweets on the same day. It’s nothing against the followers that anyone has on Twitter. However, it’s the amount of time people spend on the social network that matters.

On an average day, I get 30 repins. You must be thinking I’m one of those special Pinterest users with over a thousand followers or something like that.  I’m getting 30 repins every day, but I don’t even have 500 followers yet. Getting 30 retweets while having under 500 followers is nearly impossible. I’m not even displaying those pins on one of those super blogs that gets about 100,000 visitors a week or something like that.

I have less than 500 Pinterest followers, but why are they sharing more content than over 7,000 people? The answer is time. People spend an average of 21 minutes on Twitter. Twitter has a timeline that is constantly updating, and with only 21 minutes, people may not be able to find you. They may spend those 21 minutes scheduling tweets on HootSuite or looking at the latest news.

Pinterest users spend an average of 1 and a half hours on the social network every day. Let’s suppose the average pinner pinned their own content for an hour. That’s still 30 minutes to look around and see what they should repin. That 30 minutes is a lot of time to be looking around. That 30 minutes of looking around is more time than people spend on Twitter doing everything they have to do.

However, I have seen a lot of conversations being started up on Twitter. The only way to start a conversation on Pinterest is to leave a comment on someone’s individual pin and wait for the other person to get back. On Twitter, all you have to do is mention someone, and they get an email with the tweet. They can click the reply button and start typing. Conversations can last for a long time on Twitter since it’s easy to write 140 characters. The character limit is also what results in the conversations lasting for a longer period of time.

I do get a lot of repins on Pinterest, but I don’t get as many comments and mentions as I do on Twitter. It’s easier to talk with a follower on Twitter than it is on Pinterest.

The amount of time Pinterest users and Twitter users spend on the site are totally different. What those users do during that time is different. I am not favoring one of these social networks over the other. I am an active tweeter and pinner. I pin almost 100 pins a day and tweet every hour. These are just observations that I have made while comparing the two social networks. Both are reliable ways to give your business a powerful voice.