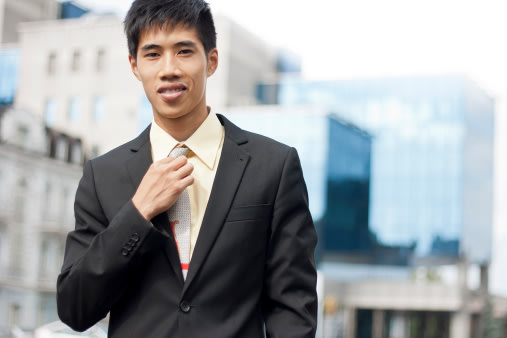 Colleges around the country are nurturing startup founders with classes and clubs in entrepreneurship. But some parents start even earlier, grooming offspring with the potential to be the next Nicholas Woodman or Sara Blakely (two of the world’s youngest self-made billionaires). Yahoo! Small Business spoke to several young entrepreneurs and their parents to find out if there’s a parenting style that inspires kids to grow up to be business owners.

Matt Lautz was 16 when he started his first a software development business. There have been other startups as well as mergers and acquisitions for the wunderkind over the years since. Today, at 31, he’s a leader of Milwaukee’s emerging startup community and president of CorvisaCloud, which he grew to 100 employees in under three years.

As a kid, Lautz says, “When I wanted things that weren’t necessities, I was told to get a job.” He went to work on the helpdesk for an internet service provider. But after solving the same user problem for the 700th time, he decided to develop more logical user interfaces on his own.

Lautz’s father floated him a loan, and he won his first contract by undercutting a competitor’s $100,000 bid with an $8,000 one. “When you’re 16, that’s a heck of a lot of money, and exponentially more than what I was making at help desk support,” he says. “I could do the work at night and be my own boss.” He set up shop in his parents’ basement and ultimately won about a dozen e-commerce development projects, working nights and weekends during high school.

When it came to college, Lautz says his parents supported his decision to drop out after one semester to focus on running his company. Their only condition: that he’d go back if the business didn’t work out. “I come from a family where you go to college. All my siblings have done post-graduate work,” Lautz says. “But my parents’ approach was, ‘Do what you like to do and are passionate about’.”

Was help from Mom and Dad essential to his startup success? “There aren’t many 16-year-olds who could do that without some adult involvement,” he says. But there also aren’t any adult entrepreneurs he knows “who would not attribute their success to a mentor or leader who helped them,” he says. More important than financial support or business guidance, though, was their moral support of his decision to follow his dream, he says.

At the elite Techonomy technology conference last fall, the Tyle brothers, Sujay, 19, and Sheel, 21, whose achievements include co-founding a global nonprofit organization, attested that the entrepreneurial edge they share comes from parenting, not schooling. The older brother graduated from Stanford while still a teenager and is now a venture capitalist and founding partner of social investment fund S2 Capital. His sibling, who entered Harvard at 15, dropped out to take a Thiel fellowship, was named to the Forbes 30 under 30 list in 2012, and is now COO of startup Developer Auction. Both Tyles attribute all of their success to their Indian-born parents who taught them to ignore age restrictions on achievement. The young men say their parents also took advantage of family vacation time to expose them to problems that need solving around the world. Those experiences sparked their imagination for more than one venture, they say.

For 19-year-old business owner and Woodbury University student Brea Holmes, stepping out of college is not an option. In 2010, Brea and her younger sister Halle started Sweet Dream Girlz, a line of apparel and natural skin care products for teens and tweens, with an investment from their parents and lots of encouragement. “They support us in everything we do. Whatever we put our minds to they are 100 percent supportive,” Halle says.

Brea attributes her own entrepreneurial ambition to seeing it in her parents. While working full-time jobs as an electrical engineer and a personnel executive, respectively, Mr. and Mrs. Holmes opened a drive-thru espresso shop in St. Louis and she ran a plus-size clothing line.

The leaders of the Yale Entrepreneurship Institute told Yahoo! last year that they see many aspiring business owners who come from households where “there’s some embodiment of entrepreneurship.” Those young people are more comfortable with the idea of running their own companies, having seen the hard work and risk-taking that it entails.

But Lisa Holmes says, whether their business takes off or not, college is nonnegotiable for her daughters. “Their mom and dad both have advanced degrees. There is no choice. Education for them is really important and that will always come first,” she says. “There are a lot of things you need to know in this global economy that you can’t learn while you’re trying to run a business.”

On summer break now, Brea and Halle are working on a photo shoot for the Sweet Dream Girlz spring line, auditioning for Shark Tank, and getting their new Spa Diva direct selling business off the ground. Once Brea heads back to school, she says she’ll continue putting in about four hours per evening on the business, and she and her sister will confer by video conference. Lucky for them, their parents don’t mind that they reinvest their profits in the business instead of using it to pay tuition.

Keep your friends close and your competitors closer