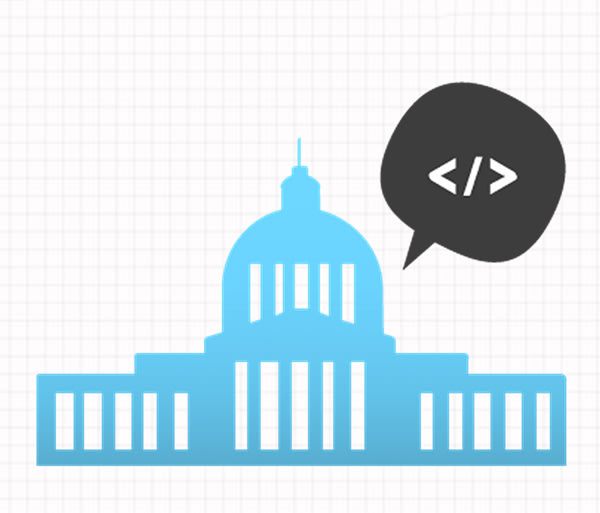 The most important issue for Americans is jobs — specifically, creating more of them. We heard it through the lowest point of the recession. We heard it during the 2012 presidential campaign. And we've heard it echoed in the media since. A largely untold story is one about the many jobs in our economy that remain unfilled due to the skills gap in the American labor force. It's clear that the technology sector is a powerful force in our economy — but to fully harness its potential for growth, we need to ensure we have workers with required skills to fill the new types of jobs of these new companies.

We're playing catch up — not unexpected, perhaps, given the incredibly fast rate at which the tech sector grows and changes and the comparatively slow (sometimes seemingly glacial) pace of institutional reform. The skills gap we're currently experiencing is indicative of a failure of policy to keep pace with changing technology, to the detriment of a faster economic recovery and our global competitiveness.

Data in a new report from the Partnership for a New American Economy illustrates the current shortage. According to the report, appropriately titled "Help Wanted," U.S. workers with advanced degrees in STEM (Science, Technology, Engineering and Mathematics) fields are experiencing full employment, compared with the national unemployment rate of around eight percent. There are more foreign-born workers employed in STEM than in non-STEM fields, and the report shows that the presence of foreign-born workers has a positive impact on employment levels for native-born Americans both in STEM fields and overall.

These findings confirm that we need to move on two fronts to close the skills gap and ensure economic growth. First, we need to take advantage of high-skilled immigrant workers to fill our shortages in STEM fields. That means making it easier for foreign-born STEM students of U.S. universities to remain in the country after graduating, and creating new pathways for foreign-born entrepreneurs to build their businesses on U.S. soil. More than a quarter of engineering and tech companies founded between 1995 and 2005 had at least one immigrant founder, according to survey data collected by Duke University and the University of California. Bipartisan measures like Startup Act and a handful of other proposed bills seek to foster new business and tech sector growth by easing the path for foreign-born STEM workers and entrepreneurs to work and build businesses in the U.S.

But importing supplemental labor is only a short-term fix. In the long-term, we'll need to find better ways to build a prepared labor force to guarantee the growth and innovation current projections estimate. To ensure American leadership in the global economy continues, we must make significant long-term investment in STEM education. We need to grow a workforce that is prepared for the jobs these innovative businesses and disciplines will create. At the recent release of Technology Works, a report commissioned by Engine, the Bay Area Council Economic Institute's Ian Hathaway said that the STEM jobs of the future — especially those in engineering — will continue to require more training and technical skills than they have in the past. The young Americans entering our workforce are struggling to find positions that match their expertise — and this problem will worsen unless steps are taken at the federal and local level to better equip students with skills for the new economy. As yet, there are few federal proposals to meet this challenge, but the private sector has also been working to address the issue. Engine has been working with organizations like Code2040 to narrow the skills gap at the local level.

We need to succeed on both fronts to remain competitive in a changing global economy. In the short term, that means speedy reform of our immigration system for skilled foreign-born workers — whether as stand-alone legislation or as part of a comprehensive immigration package. While this issue has been politically contentious in recent years, now is not the time for partisan bickering. If we fail to make institutional changes that will ensure progress, we risk losing historic advantages this country has enjoyed as other countries around the world mature and implement pro-innovation policies with greater efficacy.