Notable startups that failed in 2011

The year 2011 was momentous for several startup companies that raised huge sums by going public, such as Zynga, LinkedIn, and Groupon. But many other notable startups — some of them well-funded — had a much worse year and closed down.From energy star to political hot potatoSolar-panel maker Solyndra may be the highest profile startup failure of the year. The company filed for bankruptcy in September after receiving $535 million in loan guarantees from the government. The shutdown became an embarrassment for the Obama administration, as the president made a public appearance there and the company was the first renewable-energy company to receive a loan under the federal stimulus program.

3-wheeled, 2-person electric car by Aptera Motors.Another widely reported casualty was Aptera Motors, an electric-car company based in Carlsbad, Calif. The company was probably best known for its futuristic two-person 2e car that balanced on three wheels. It closed down in early December, and company leaders destroyed the 2e models."This is a difficult time for everyone connected with our company because we have never been closer to realizing our vision," said Paul Wilbur, Aptera's CEO. "Unfortunately, though, we are out of resources."Groupon clones and Web applicationsHere are some other startups that fell short of realizing their dreams:Foodme launched in 2010 with funding from IdeaLab with the idea of brokering deals between diners and restaurants. The service started in Pasadena with plans to expand to Los Angeles and beyond, but it closed in June 2011. The company is one of many national and local Groupon-like sites that shut down, including CityDeals.com, Citycents.com in Baltimore, and LocoLocal, based in Cambridge, Mass.Goodmail Systems developed an email certification system that many large companies adopted, including Time Inc., Stubhub, and Overstock. The company, based in Mountain View, Calif., also raised around $45 million in venture capital, but closed in early 2011 after a possible acquisition fell through.Beluga, a startup that innovated on group messaging technology, was bought by Facebook in spring of 2011 and then shuttered by mid-December. The application was replaced by Facebook Messenger.Learning from mistakes to start anewCollecta, a real-time search engine, closed in early 2011 after raising $5 million last year. A message on the company's website says that engineers are "researching applications" for its technology. Thus the startup's shutdown may be temporary, as the founders told Mashable they are working on new ideas.The resilience of entrepreneurs like Collecta's founders may propel other companies to rise from the ashes of "failures" cited above. "Most of these startups were founded on terrific ideas, and many had great business models to match," said Alexandra Levit, author of Blind Spots: The 10 Business Myths You Can't Afford to Believe on Your New Path to Success. "But the fact remains that the majority of startups fail in the first few years."She added that anybody who wants to start a business should put in "a tremendous amount of forethought," particularly on these four questions:

She concluded, "And you have to accept that there is a certain amount of luck involved, or being in the right place at the right time."

Side businesses you can start for extra cash 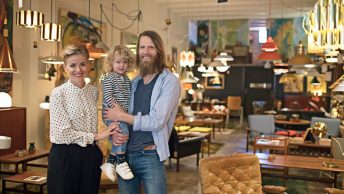