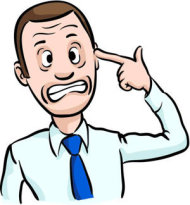 American Small Business League President Lloyd Chapman released a statement and blogged on the Huffington Post his prediction that “the Obama administration will try to use the momentum from the fiscal cliff debate to justify plans to dismantle the Small Business Administration” by folding it into the Commerce Department. Chapman questions the Administration’s estimates that such a move would save $3 billion over 10 years. He calls the potential agency merger “just a scam to direct 100 percent of federal contract dollars to large corporations.”

Chapman argues that “eliminating federal programs for America’s chief job creators would be economic suicide” and suggests that instead, the President should “triple the SBA’s budget and supercharge every federal program for the nation’s 27 million small businesses.”

In a blog post titled The Decline of Small Business is a Five Alarm Fire Leaders Are Ignoring, Jim Clifton, chairman and CEO of the Gallup research organization warns that the economy is “not even close” to moving in the right direction. Clifton blames the continued recession on “our elected officials, from the president, to Congress, to governors and mayors” who he said are not focused on creating wealth—or the minimum of 2 million startups per year that are necessary to create new jobs and GDP growth:

"What they should be focused on is revving up the engine that fuels most of the American economy: small business. And right now, small business desperately needs a jump-start. U.S. small-business owners are pulling back on how much they invest in their businesses, with their net capital spending intentions for the next 12 months now at the lowest level in more than two years, according to the Wells Fargo/Gallup Small Business Index. Small-business owners are also increasingly pessimistic and plan to hire less in the next 12 months."

Clifton argues that if the president, Congress, governors, or mayors really understood how crucial small businesses are to the U.S. economy, “they’d be responding to the decline of small business like the five-alarm fire that it is.” He goes so far as to argue that the only way Obama can save the country would be to declare himself President of the United States of Small Business, promising to remove any barriers to small business success.

If small business owners feel that they’re in trouble, Clifton says, it might be “because they don’t believe national and local leaders honestly respect them for the role they play as the engine of the U.S. economy.”

Surely Lloyd Chapman would argue that eliminating the Small Business Administration is not the way to change that view.