MYbank, an Online Bank “For the Little Guys,” Debuts 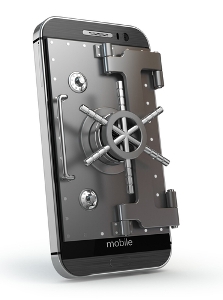 China’s government has been encouraging competition in the financial industry to spur the country’s financial industry to modernize, which is seen as increasingly urgent as Chinese consumers rapidly adopt computers and mobile phones to access and purchase a wide variety of services, including financial services. MYbank was one of several privately owned banks to receive a license from the China Banking Regulatory Commission in 2014.

China’s state-owned banks have typically focused on the country’s state-owned enterprises and other big businesses. Small- and mid-sized enterprises, entrepreneurs and consumers—and particularly residents in China’s less developed rural areas—have been left with few options for obtaining loans and other services.

“Answering to the needs of those who have limited access to financial services in China is our mission,” said Eric Jing, the president of Ant Financial who is also MYbank’s executive chairman. “MYbank is here to give affordable loans for small and micro enterprises, and we are here to provide banking services, not for the rich, but for the little guys,” Jing said in a statement issued by the bank to mark its inauguration.

MYbank will be competing for Chinese savers’ $7.8 trillion in deposits and a portion of a banking revenue stream that’s forecast to double by 2020, according to Bloomberg News. Part of the bank’s strategy is to concentrate on issuing small loans of less than RMB 5 million ($805,500) for small and micro enterprises, entrepreneurs and consumers.

Jing said MYbank can give out smaller loans profitably because of its lower operational costs. The online-only business model eliminates large expenses associated with maintaining traditional brick-and-mortar branch networks, according to MYbank officials. The bank will also use cloud computing instead of costly internal computer and network infrastructure for data processing.

MYbank currently has 300 employees, significantly lower than traditional banks. “Leveraging our cloud-computing capabilities, our users can apply and pay their loans whenever and wherever on their smart phones,” said MYbank Governor Yu Shengfa.

As part of Ant Financial, which bills itself as China’s leading online financial services company, MYbank will be a player in Alibaba Group’s e-commerce ecosystem, which offers potential synergies unavailable to other private banks. Ant Financial created one of the world’s largest money market funds and launched China’s first credit agency based on online and offline data. Since 2010, Ant Financial’s micro-lending subsidiary—Ant Micro Loan—has provided more than RMB 400 billion ($64.4 billion) in loans to more than 1.6 million small businesses. The lender’s bad-debt ratio stands at less than 1.5 percent, low for the banking industry.

While MYbank poses a challenge to China’s incumbents, Jing stressed the bank wants to build a platform for an open financial ecosystem by cooperating with other lenders to serve customers that might not fit MYbank. For example, while rural customers are one of the groups targeted by MYbank, the rural population is too large to service alone, so MYbank is open to partnerships with existing rural financial institutions, he said.

“We will recommend our clients to seek financial solutions at traditional banks and we will share our big data, cloud computing and risk control capabilities with our banking peers,” Jing said.