Maybe this sounds like an odd choice of titles to a post. But I lost my baby brother this week. He went to sleep and never woke up.

Like many folks in this situation, I turned to Facebook to view pictures of him, his friends, and our times together. I was shocked to find his friends posting messages on his wall — morning his loss, offering condolences to anyone who visited his profile, saying their goodbyes to him.

Once I got the tears out of my eyes, I began to wonder about this phenomenon.

One grieving parent went so far as to create a Facebook page where parents could protest Facebook’s decision to protect the privacy of their children’s’ pages even after death.

These grieving parents aren’t alone. Partners, children, and other relatives want Facebook access, especially the “Year in Review” and other features produced for users.

And, the problem is growing. According to the Huffington Post, 30 million Facebook users are dead in 2012 — 3 million in just 2012 alone.

Family members had few choices until recently. They could ask that the profile be deleted or turned into a memorial page after producing a death certificate or obituary. But unless you had access through a shared password (a violation of Facebook’s terms of service) or through a court order.

Some family and friends find comfort in maintaining the deceased Facebook page; allowing them to “talk” to the deceased and his/her friends through posts to their wall. Frankly, I find this more than a little creepy. Plus, as you’re dealing with all the other myriad of arrangements that accompany death, the last thing you need are notifications from the decedent’s wall from some flighty ex-lover or someone unaware of the death posting as if it’s “business as usual”. We had both of these following my brother’s death.

In a story on Mashable, here’s what a griever had to say about keeping the Facebook page active:

“Facebook very much helped in my time of grieving by making it so easy to connect with Damien’s family and other friends. We bonded and shared our grief… It helped my kids grieve, as well.

[People] wrote birthday wishes that made it clear that they had no idea she was dead. Stupid stuff like ‘Have a good time on your birthday, Cheryl. You only live once.’ Really. I started responding to all these posts with just, ‘She’s dead,’ but since Cheryl had over a thousand Facebook friends, this was not really a very good use of time. I also probably hurt some people’s feelings.

Early last year, Facebook changed its stance on user death and agreed to give access to memorialized Facebook pages under the same privacy settings as were in effect during the person’s life. They also agreed to provide access to family members of the decedent’s “Look Back Video” depicting images from the decedent’s year.

And, just last month, Facebook launched a policy allowing users to designate a friend or family member who controls your Facebook page after your death — of course, my brother never designated such an individual; nor have I. We all think we’re immortal and don’t want to plan for death.

Marketing death just doesn’t win any contests for hot topic of the year.

Facebook found that out the hard way. If you’re afraid to face the inevitable reality of death and don’t create contingencies for it, you’re gonna take some heat.

And heat they got.

Once taboo, death is commonplace in movies, art, music, etc. I mean look at popular TV programs like The Walking Dead, Z Nation, The Vampire Diaries – and similar programming that proposes a life after death. Or the popularity of programs dealing with angels and the afterlife, such as Touched by an Angel.

We’re obsessed with death and marketers are taking full advantage.

Death in a consumer culture

A new book edited by my friend, Susan Dobscha, deals with issues of marketing and death in a consumer culture. Due out late this year, the book deals with common issues of death and marketing like marketing cemetery plots, life insurance, estate planning, and related products based on death. More interesting are chapters dealing with how we view death, both in Western Cultures and other cultures.

For instance, as a practicing Jew, we have unique rituals surrounding death and taboos associated with the dead body that include never leaving the body alone until burial and not embalming. Her authors explore issues like our acceptance of alternative means for disposing of the body, such as cremation and freezing.

This article was syndicated from Business 2 Community: Death, Marketing, And Social Media 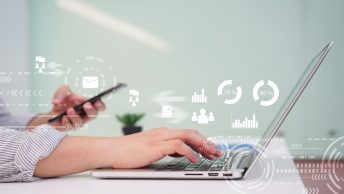 An Easy Guide To Your First Email Marketing Campaign