Facebook today is more than a social network in India; for most of them it is a part of their life. Today our friends sit on our profile page and we tend to spend more time online than offline. So it is becoming essential for some to look good in their online pictures. Some take the help of image editing softwares but some prefer to go one step further in doing facelifts. The growing trend in India is being termed as Facebook facelifts. 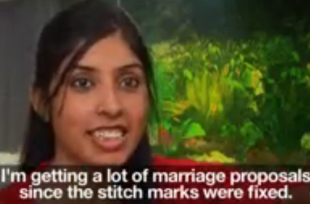 The story reported by NDTV Gadgets was originally published at Mashable. The trend has come to light after a video was published by Vocativ which talks about how young Indians between the age group of 20-30 years are getting laser skin treatment, chin augmentation and rhinoplasty, etc.

These facelifts also come at a heavy cost. Minor procedures cost between Rs. 25,000 and Rs. 30,000. Procedures like chin augmentation, popular within men wishing to get rid of the dreaded double-chin, can cost just over Rs. one lakh.

All this facelift is for looking good and increasing the chances of getting marriage proposals too. The video is a testimonial of how guys like Jasmeet Singh and girls like Pooja are looking for a suitable partner. Jasmeet, who goes with the ‘Like’ mentality like most of us, is planning to have a liposuction so that he looks thinner in his images posted on the network.

The trend doesn’t seem to go down. According to plastic surgeon, Dr. Anip Dhir the trend will grow with more people going online specially from smaller towns and cities and join social media sites.

Facelifts are not a new trend in a country which is biased towards skin colour. Generally girls who think that they have certain problems in some of their features, go for such facelifts. Today the world is going online and spending more time on Facebook; users want to look good online too so to get more likes and comments.

Nothing wrong in it since we love to get good comments on our looks but isn’t that too much of money for the sake of getting more likes and comments. What do you have to add?