The Most Intelligent Presidents in U.S. History [Rankings] 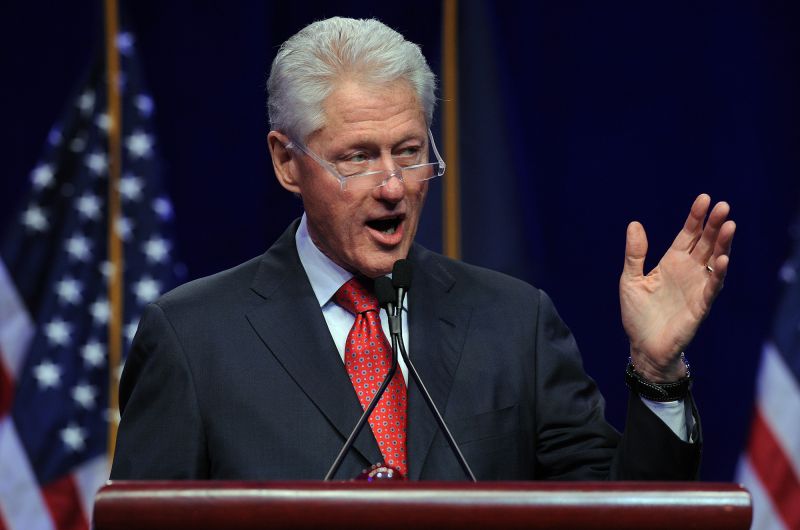 In the first Republican debate, Ben Carson argued that when it comes to being a good president, “the thing that is probably most important is having a brain.”

While a high IQ does not guarantee success, it is true that intelligence is often associated with effective leaders. But does that trend hold true for U.S. presidents? Are the most successful presidents also the most intelligent?

With that question in mind, InsideGov ranked the 27 smartest presidents in U.S. history, using data from UC Davis professor, Dean Simonton. In a 2006 study, Simonton used historiometric methods to estimate each president’s IQ, analyzing information from their biographies and writings that would indicate a higher-than-average intellect.

This list is by no means definitive, but it should give a good sense of which presidents were highly intellectual. Interestingly, eight of the presidents on this list either never attended college or dropped out before finishing their degrees.

*Note: Simonton estimated four different IQ values for each president. We averaged all four IQs to get our ranking. President Obama was not included in the study.

Before he attended Yale, George H. W. Bush enlisted in the Navy and served until the end of World War II. He also had a successful career in the oil industry before turning to politics.

Although William McKinley dropped out of Allegheny College, he would later earn a law degree from Albany Law School. President McKinley was tragically assassinated just six months into his second term.

Polk has been called the “least known consequential president.” In his one term as president, Polk presided over the Mexican War, dramatically expanded the size of the country and overhauled the nation’s finance system.

Cleveland couldn’t afford a college education but that didn’t stop him from becoming a successful lawyer. As president, Cleveland earned a reputation for his honesty and work ethic.

Nixon may have had the most scandal-filled presidency, but there’s no doubting his intelligence. Before he resigned from office, Nixon actually accomplished some major foreign policy goals and pushed for more environmental regulation.

Before becoming president, Eisenhower served as a five-star general in the army during World War II and was the Supreme Commander of the Allied Forces in Europe. Eisenhower also served as the president of Columbia University from 1948 to 1953.

Benjamin Harrison had a successful career as an attorney before and after his one-term presidency. He even represented the Republic of Venezuela against the United Kingdom.

Washington managed to become the first U.S. president without a college degree. In addition to having a sharp political mind, Washington was also a skilled military commander.

Van Buren began reading law at the age of 14 and was admitted to the bar just seven years later. Along with Andrew Jackson, he was one of the most influential architects of the original Democratic Party.

Like his predecessor, Ulysses S. Grant, Hayes struggled to reconcile the country after the Civil War. He is generally regarded as an unexceptional president.

Sadly, William Henry Harrison’s presidency ended just 32 days into his first term, when he died of pneumonia. Before his presidency, Harrison gained fame for his military career.

Not even a brilliant mind could save Pierce from a disastrous presidency. His failure to deal with the issue of slavery helped escalate the onset of the Civil War.

Like Pierce, Fillmore failed to adequately address the issue of slavery. Although he never attended college, he helped found the University at Buffalo.

Tyler has an impressive pre-presidency career, serving as a governor, U.S. representative and senator. However, he had a fairly unimpressive presidency.

In terms of influence, few presidents can match FDR’s 12 years as president. Roosevelt was also one of the most intellectual presidents to occupy the White House.

With an estimated IQ of 140, Lincoln is undoubtedly one of the smartest presidents. Despite never obtaining a college degree, Lincoln was a highly-respected lawyer and a skilled orator.

As the “Father of the Constitution” and one of the key architects of the Bill of Rights, James Madison was certainly one of the most intelligent and influential U.S. presidents.

Despite being one of the most intelligent presidents, Chester A. Arthur is generally regarded as being an inconsequential leader. Nonetheless, Arthur deserves credit for championing reform in a time of rampant political corruption.

Garfield excelled as a student at Williams College, where he graduated second in his class. It was said that Garfield could write Latin with one hand and ancient Greek with the other.

Teddy Roosevelt was certainly one of the most intellectually curious presidents to occupy the White House. A prolific author, he published 35 books on subjects ranging from the War of 1812 to African game trails. He was also a respected naturalist and conservationist.

Adams was a highly intellectual political theorist, historian, lawyer and politician. Growing up, he excelled in Latin school and was admitted to Harvard College at the young age of 15.

Jimmy Carter is a case where a high IQ didn’t necessarily equate to a successful presidency. Before becoming president, Carter graduated with a bachelor of science degree from the Naval Academy and later took graduate courses on nuclear physics at Union College.

Wilson earned a Ph.D. in political science and was chosen to be president of Princeton University, a position he held from 1902 to 1910. As president, Wilson was a key figure in the Progressive Movement and presided over World War I.

Clinton was elected to Phi Beta Kappa at Georgetown University and won a Rhodes Scholarship to Oxford University, where he studied philosophy, politics and economics. He also received a law degree from Yale.

At 43, Kennedy was the youngest person to be elected president. Although he frequently struggled with health issues, Kennedy was nonetheless an avid scholar and an ambitious statesman.

When speaking at a White House dinner for Nobel Laureates, JFK famously noted, “I think this is the most extraordinary collection of talent, of human knowledge, that has ever been gathered together at the White House, with the possible exception of when Thomas Jefferson dined alone.” Jefferson certainly was a true Renaissance figure, studying everything from agricultural innovation to architecture.

Like his father, John Quincy Adams was an esteemed lawyer and a formidable presence in court (he earned a law degree from Harvard). He was also a brilliant statesman, negotiating several key international treaties. Remarkably, Adams was fluent in at least four languages and regularly translated Latin and ancient Greek, as well.

This article was syndicated from Business 2 Community: The Most Intelligent Presidents in U.S. History [Rankings]