Thor, Free Will and the Manipulation of the American Consumer 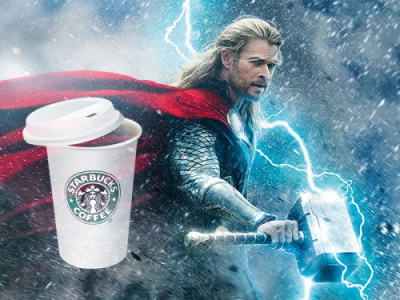 In Norse mythology, the idea of free will was widely mocked. Fate was set in cold hard stone, for both god and mortal, and nothing could be done about it. Market researchers would like to see themselves as consumer Vikings—making sure they hand down unmalleable destiny to consumers.

They are not far off from this.

In How Much Control Do We Really Have Over What We Buy?, we revealed how companies manipulate consumers through color, sound, and oceans of eye candy. Now we bring down Thor’s hammer even more by getting into the psychology aspects of consumer influencing.

An article in Help Scout, drawing from various studies, details how subtle modifications in brand marketing can sway decision making, specifically breaking through the notion of “action paralysis” that stifles sales. In an Arizona State study, two questions were asked to a panel:

Those asked the second variation were almost twice as likely to donate, meaning that individuals are more likely to take action when even minimal parameters are set. The phrase “every penny” provides a clear goal and call to action that is perceived as reasonable and achievable.

This dovetails with the idea of labelling that is so important to companies. People are more apt to take action if they accept a perceived label (in the above case, the label of being a “compassionate human”). It comes down to the magnetic pull of wanting to feel included, and then following a “group” message. Starbuck gold card members may not be saving the poor, but are part of a (perceived) elite assemblage and thus tend to spend more than non-members.

Of course, Starbucks makes sure to inform consumers that it does indeed donate much of it sales to charity. This injects altruism into customers while it lassos them with shared values (the gold card). Gold card members are “compassionate humans” who don’t have to be alone. They can be confident spending their dollars within the Starbucks ecosystem.

It’s like trying to stop a venti Ragnarok, I tell ya.

In fact, for those who’ve stated that they have a strong relationship with a single brand, over 64% said it was because they had “shared values” with the company in question.

Add these marketing techniques (of course employed by Starbucks), and free will almost seems like something only existing in a dialogue between Neo and Agent Smith:

Create enemies (Odd yes, but what would the world be without a Coke vs Pepsi rivalry, besides a better world).

Honesty (This might be surprising, but consumers appreciate a company that highlights its shortcomings, mistakes, and challenges. Plus, the dialogue remains within the company and not with its competitors; there is nothing like being one’s own Devil’s Advocate).

Is there any hope for humanity? Maybe if we become like monkeys (or eventually are ruled by them, Charleston). A study published in Frontiers in Psychology revealed that capuchin monkeys are more astute at shopping than humans. Specifically, humans continually confuse price with quality (and all the psychological baggage mentioned above that inflates product quality). Not so with certain simians, the study explained:

They taught monkeys to make choices in an experimental “market,” and to buy novel foods at different prices. Control studies amazingly showed that monkeys understood the differences in price between the foods. When the researchers tested whether monkeys preferred the taste of the higher-priced edibles, however, they were surprised to find that the monkeys didn’t show the same bias as humans did.

The lead researcher concluded that:

For humans, higher price tags often signal that other people like a particular good. Our richer social experiences with markets might be the very thing that leads us, and not monkeys, astray in this case.

In other words, our sense of belonging, participating, and contributing is what makes us susceptible to blatant manipulation. This is a quality other animals lack, even as they are ironically accused of having little identity or individuality.

Many might decry these findings, or even the reality that consumers have free will. This only reminds me of a quote from one of history’s greatest market researchers (on a global scale), George Orwell: “The more people chant about their freedom and how free they are, the more loudly I hear their chains rattling.”

But is there any way of combating this manipulation, besides injecting capuchin monkey DNA?

There might be, and it has to do with using the same weapon companies widely employ: knowledge. Knowledge may be power for marketers, but it’s also freedom for consumers. As Carl Jung said: “Until you make the unconscious conscious, it will direct your life and you will call it fate.”

In this place of consciousness is where both companies and consumers might meet, and find a measure of free will.

This article was syndicated from Business 2 Community: Thor, Free Will and the Manipulation of the American Consumer