How Understanding Your Customers Can Justify Higher Pricing 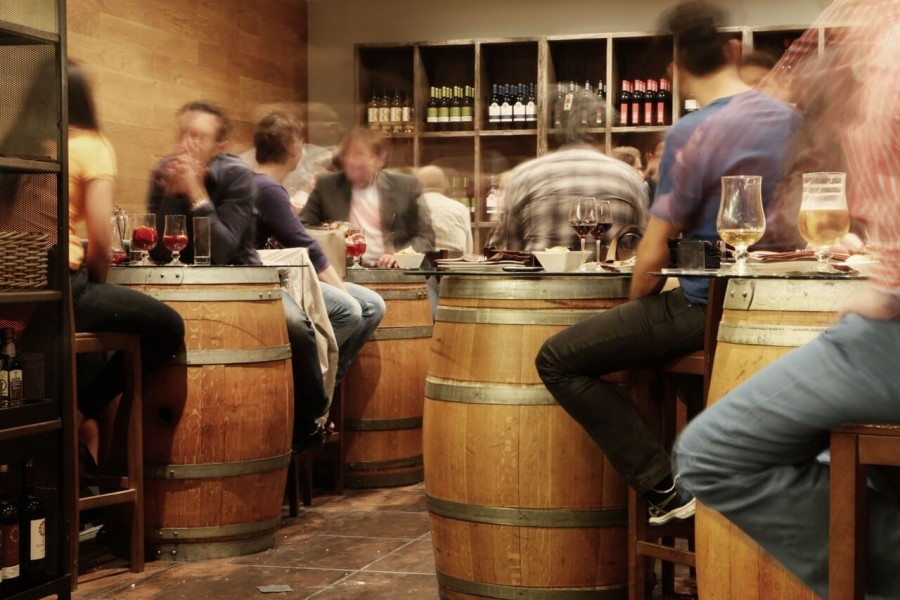 I thought I’d found the perfect computer bag. I’d bookmarked the site weeks ago, but continued my due diligence search before committing to it.

Now I was ready.

I went back to the site to buy the perfect computer bag (my research confirmed that it was) in my preferred color – green. Only this time when I visited the site, the green bag was on sale for $100 off.

None of the other colors – all the same bag – were on sale. Only the one color I wanted. My lucky day, right? I should have been thrilled.

I had to know. I emailed the bag designer to ask her what’s up with the green-only special pricing. She explained it was just an experiment. Sometimes she’ll put one color on sale to see how it goes.

It really was just my lucky day.

Her little psychological experiment didn’t cause any lasting trauma, but it did remind me that pricing is never simply a math question. Our psychological response to pricing influences our decision whether to buy as much as our budget.

Many psychological triggers are tied directly to the prices themselves. Anchoring, for example, makes the actual price to be paid seem like a good deal by first presenting a higher price against which it gets compared.

In the SaaS world, anchoring often combines with another psychological approach to pricing, decoy pricing. Decoy pricing is when a company offers a product or service primarily to heighten the perceived value of another option: “I’m getting almost as much but for much less money!”

The typical SaaS offers anywhere between 3-5 pricing options with little expectation that the upper-end pricing plans will drive revenue. The higher priced plans are there to make the middle tier plans more attractive.

In a study conducted by Stanford University, researchers gave subjects two glasses of the same wine to taste, but described each glass quite differently. Subjects were told that one glass was priced at five dollars, while the second glass (still the same exact wine) was priced at $45. Researchers found that the pleasure center of the subjects’ brains were more active when they drank the “more expensive” wine. I don’t know if any of the subjects took themselves through a deliberate thought process that the more expensive wine must therefore logically be the higher quality wine (even though that’s not at all necessarily so). Regardless, what’s so interesting about this study is that their actual experience of the wine was enhanced by their perception it was more expensive.

This psychological pricing trigger is what fueled my concern at finding my computer bag on sale. Seeing the unexplained price reduction on a seemingly random criterion (color) triggered my response that something must be wrong with the quality of the green bag if it had to be priced lower than the other colors.

I was ready to abandon my decision to buy. It was only after getting a personal assurance directly from the designer that the quality of the green bag wasn’t in question did I buy it. (And I’m glad I did. It really is the perfect computer bag.)

So in just this short review of three pricing psychological triggers, and there are so many more, we see conflicting approaches. Is the only variable whether your product or service is in the luxury market?

What if you’re at the high-end of your market, but you’re not selling a luxury product?

You augment psychological triggers based directly on price and incorporate other emotional triggers that connect a prospect with your product or service.

The field of online invitation and greeting card services is crowded. Anyone who wants to create an invitation for their event or a holiday card has has a multitude of options, many of them free.

So how does a high-priced online invitation platform get users to pay to use their system, especially when this service required payment upfront?

This was the challenge posed to the team at Conversioner, a firm that specializes in using emotional triggers to optimize conversions. Their client wanted to increase revenue, but wasn’t lowering their prices. Talia Wolf, founder and CEO of Conversioner, said that their research discovered that users of online invitation systems aren’t so interested in the platform itself.

Instead, users are more invested in the invitation as a preview to the event, as a tone-setter. No host wants the reputation of throwing boring parties. Talia explains,

“Rather than focusing on the product – custom online invitations – we focused on what the customer valued. ‘A great party starts with a great invitation.’ We wanted to give visitors the sense that creating an invitation with this software will ensure they’re planning a great event.”

The client couldn’t use the high price itself to convey value, like the wine sellers. And Conversioner’s research told them that focusing on platform features to justify the price wouldn’t work. Based on their research, they decided that one of the emotional triggers they should build into the landing page redesign was exclusivity; the feeling that users were creating something really special, that their event was special.

Taking a holistic approach to the redesign, Talia and her team dropped emotional triggers into the new landing page in a variety of ways. Since the goal was to increase revenue on a product priced at the high-end of its market, emphasizing “free” didn’t make sense. And “download” put the focus on the software, the product. Not the user.

Conversioner changed the CTA copy on the button to “Get Started.” This change shifted focus away from the fact that people had to download the software to use it – a pain point for users, and directed their focus on actually using it. They also added an exit pop-up that was triggered when users moved their mouse off the page.

The pop-up expands the purple and includes text reiterating the sense of exclusivity and community: “Join the Club &Don’t Miss Out.”

Remember, the goal wasn’t more downloads per se, but more people paying for a premium version of the software.

Talia says, “By turning our customer disadvantages into advantages, such as making ‘more expensive’ mean ‘more exclusive,’ we were able to differentiate the platform from its competitors and increase revenues.”

The Peltzman Effect (or Risk Compensation)

This sign up page from Zendesk uses a common approach – the free trial. On a page with very little copy, it makes that point twice. It also uses its headline to promote an idea of safety: “From now on, things will be better.” It’s comforting, reassuring.

Usually, people advocate making a free trial offer because it builds trust. This is true. However, there’s another psychological trigger in effect here: the Peltzman Effect. Named after the economist Sam Peltzman, this principle holds that people who believe a risk level is low are willing to act in a riskier manner. Peltzman articulated this idea studying the effect of traffic safety regulations. He found that the regulations had no impact on the number of accident fatalities. Seat belt laws and the like protected the drivers, but they were driving more recklessly, which turned out not so good for cyclists and pedestrians.

Now in the case of safety regulations, incentivizing people to take more risk is an unintended consequence of making them feel safer. You can use it a deliberate tactic.

It makes sense for Zendesk to emphasize the safety and security of trying them out. Even more than a SaaS that provides an internal service, Zendesk is asking to be an interface directly between you and your customers – and customers by definition who may not be happy with you at the moment. That’s a lot to ask.

So paying money upfront is the least of the risks a company is taking when signing up for a customer service SaaS. The color scheme of Zendesk’s page reinforces the calming nature of its copy: the clean purity of white, the reassuring green, and an optimistic orange.

If there’s any doubt that Zendesk is trying to incentivize action by communicating low risk – the name of the company is “Zendesk” – it’s all good.

Playing to the Ego

As the cliché goes, flattery will get you everywhere. Here’s the above the fold copy on the signup page for Nimble, a CRM SaaS. Do you see it? If not, you may not be Nimble’s target market. Their CRM is the “smarter” option, it provides “intelligence.” The color blue is also associated with intelligence.

Playing to the self-image of your market, even the aspirational version they have of themselves, can be highly motivating. People with high self-regard want to affirm their self-image. Nimble continues this theme with its bottom of the page copy as well:

In three lines of copy, each hits the same note with the words “smartly,” “intelligent,” and “smart.”

Psychological triggers needn’t be complex. We’re hardwired to want what we want when we want it. Deferred gratification is a skill and a discipline; it must be learned and practiced. In the meantime, we still want we what we want.

Like the trust building approach of risk-free trials, emphasizing how quickly a visitor will gain a promised benefit is a high-conversion tactic. Let’s take a look at Pagewiz’s homepage: Where the pain point may be fear of having to learn a complicated tool, the copy (“never easier”) and abstract image of a clock face deliver the message that using Pagewiz to build your landing page is fast and easy.

As you scroll down, that same message is made explicit: No more abstractions. The image of clock and copy tell you directly that “You are literally minutes away…”

What does this mean for you?

Talia will be the first to say that visitors are never directed by just one emotional trigger. As you research your users to identify their motivations and concerns, the trick is to take a holistic perspective of the emotions that impact their buying decision.

Meaning, don’t approach the psychology of your pricing strategy as a standalone issue separate from the rest of your message. When you layer different psychological and emotional triggers relevant to your target market throughout your design and copy, you open up options to increase conversions and revenue – including supporting a higher price point.

This article was syndicated from Business 2 Community: How Understanding Your Customers Can Justify Higher Pricing