Have an Indie No-Go? How to Shutter Your Business with a Kickstopper Campaign 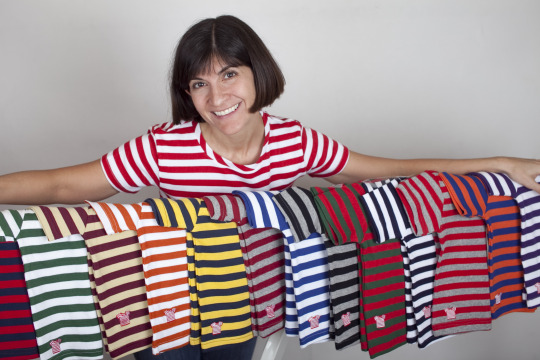 It seemed like a sound idea for a small business: an e-commerce site selling women’s, children’s, and babies’ fanwear in a variety of sports team colors.

Laura Beck was tired of showing her spirit at games by wearing ill-fitting and unstylish men’s jerseys. Ever since her days as a student at Boston College, she dreamed of designing a line of classic striped t-shirts in maroon and gold. No logos or players’ names, just stripes that would let women like her dress for a day at the stadium without forfeiting fashion.

Finally, at age 39, after nearly 20 years as a PR professional, she dove headfirst into retail. Beck persuaded a manufacturer in India to produce shirts in batches of just 100. (No U.S. maker would touch such a small order.) She spent her savings to order tees in 14 color combinations and 15 sizes—21,000 shirts at $10 a piece—and launched stripedshirt.com.

But, as more than half of startup founders do, Beck found that “if you build it, they won’t necessarily come.” She says, “Even a great site with good SEO doesn’t bring in the sales.” After 5 years struggling to get the business off the ground from her home in Austin, Texas, she is calling it quits.

And yet her firesale is proving to be her proudest entrepreneurial moment. She’s calling it the world’s first Kickstopper campaign—or her “IndieNoGo.” To offload the inventory still packed and stacked in boxes in her garage and spare bedroom, Beck is appealing to “the crowd.”

In a Youtube video posted on Tuesday, she takes viewers on a tour of stripedshirt.com headquarters, pleading: “Help my husband park his car in our garage again someday. Help company sleep in the guestroom without feeling they’ll be smothered in the night by stripes.”

For her two young daughters and their five girlfriends, clearly tired of being clad in striped tees, she begs, “Do it for the children.” Proclaiming herself a “proud and public failed entrepreneur,” Beck says, “I need everyone’s help Kickstopping my business.” She’s offering half off all orders placed on her site with the code Kickstopper.

Beck says, “You kind of slink away when you fail. I thought, I’m going to go out with a bang. I committed to publicly fail.”

To what does she attribute her lack of success? “Tons of mistakes,” she says. Perhaps her biggest was not following her own advice. “I’ve done PR for 23 years and I’ve looked clients in the eyes and said, ‘PR doesn’t drive sales. PR is air cover for sales.’ But when I built my own business I was trying to build it on PR.”

Indeed, as her Youtube video reveals, Beck is a masterful promoter. And stripedshirt.com got tons of press. “I was getting hits and stories and fashion bloggers like Poor Little It Girl were running gorgeous photo shoots. Thousands of people would try to get the shirts for free in giveaways,” she says. “But they weren’t placing orders.”

Beck admits she was just doing what she knew best. “I don’t know sales, distributors, networks, or agents, and I didn’t learn any of that in 5 years because I foolishly believed just PR could get a business to fly. It certainly did not.”

She also acknowledges that she could have used help. She says she self-funded the business and bore the responsibility alone “deliberately so that I would be able to make my own decisions and run and build the business my way. I didn’t want to do a business plan, or focus group, or vet it through an investor. I wanted to run this show on my gut.” She had lived through too many investor-founder conflicts doing PR for startups.

Lesson learned? “When you do it yourself no one is on your ass. No one was holding my feet to the fire. I thought I could be direct-to-consumer through my website, but you need that hard-core strategy and network and working with agents that can get you into boutiques,” Beck says.

Forty-eight hours into her Kickstopper campaign, Beck says she has racked up 98,000 views on Facebook and nearly 3,000 Youtube views. “It’s possibly my biggest PR success tory. I am filled to the brim with appreciation for the people supporting me,” she says.

Today she is busily fulfilling new orders that continue to roll in—more than 550 since Tuesday. With 5,450 striped shirts still in stock, Beck warns, “My orders used to get to people in 5 days or less. That ain’t happening now. My warehouse is a little backed up and my staff of one is now 44 years old and slow.”