Google Unveils ‘Project Tango’: A Smartphone That Sees in 3-D

Google’s Advanced Technology and Projects (ATAP) division is asking professional developers to dance with its latest invention: a 3-D mobile phone that the company has nicknamed Project Tango.

The aim of the just-announced prototype is to create and capture 3-D models via proprietary sensors that take over 250,000 measurements every second.

With a stark white exterior that encases a 5-inch screen, the phone runs on Google’s Android operating system.

Related:  Google May Be Bringing High-Speed 'Fiber' to Your City

Among the new technology’s myriad gains, Google envisions that the device could be used to capture household dimensions before furniture shopping, to create virtual games set in one’s own home and as a navigational tool in unfamiliar indoor locations for the visually impaired.

“We are physical beings that live in a 3-D world,” said Google’s Johnny Lee, principal on the ATAP-Project Tango Team, “yet our mobile devices assume that the physical world ends at the boundaries of the screen.”

“We’re looking for professional developers with dreams of creating more than a touch-screen app.”

The device was roughly one year in the making, Google noted, and incorporates the most pioneering robotics research of the past 10 years culled from universities, labs and industrial partners in nine countries.

Developers can enroll for consideration here, or glimpse a fuller sense of Tango’s capabilities with Google’s introductory video below:

Related:  PHOTOS: This Is Supposedly the iPhone 6 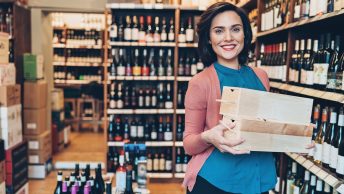 How to Sell Your Restricted Products Online