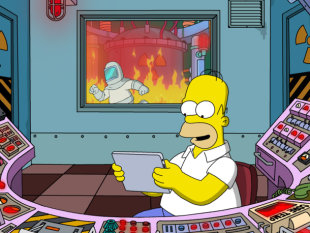 Google is looking to overhaul certain features for its Android mobile operating system. One of these things is the Gmail app for smartphones and tablets. The remade version of the popular email client in its Android app form is going to get an all new user interface. This should come as a welcome bit of news for Android users.

The all new user interface within the Gmail Android app is supposed to include a few great new features. Screenshots have already been leaked to various online sources and one of the most obvious changes is that the app is now more blue than previous versions of the app that graces smartphones and tablets that are powered by Android. Of course, there is so much more to it than a simple color change. 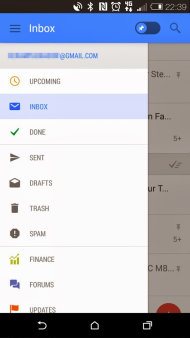 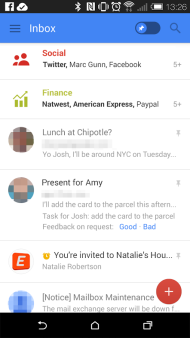 Expected features to appear following the Gmail app’s overhaul are various categories. These include tabs for Finance, Travel and Purchases. These will join the current sort categories of Forums, Updates, Social and Promotions.

“Mobile users don’t have patience for poorly executed emails, and one bad experience could send your hard work straight to your readers’ trash (or worse yet, send your readers to your unsubscribe list).” Said mobile app developer Perpetuating in a recent blog post. “Given that mobile has surpassed desktops when it comes to opening emails, there are 3 elements that will significantly impact your mobile email conversion rates.”

There will be an all new pinning feature that is exactly as it sounds. In other words, the user will have the ability to pin an email to the top of their inbox within the Gmail app. In addition, there will be a toggle that will allow the user to choose to either view pinned emails only or to view their entire inbox.

Snoozing is another great new feature. It will allow the user to choose an email and “snooze” it. This will mark the email message as being read for a specific time period that the user chooses. After the time expires for the snooze, the email will once again appear as being unread, so the user will be urged to take a look at it.

With more an more Heartbleed news being announced every day, email security within the app will certainly be under scrutiny. A report from Agari explained, “Every day, email is used for malicious purposes. Last year, RSA reported there were 450,000 phishing attacks causing global losses of $6B, and the Verizon data breach report revealed 95% of state-sponsored espionage attacks use phishing emails to establish a foothold.” The security and privacy features have yet to be announced, but Google will is sure to be under scrutiny.

It is necessary to note that at the moment, Google is testing these new features that are slated to appear in the newly relaunched Gmail app for Android. The new look is said to be more flat and somewhat similar to Apple’s new iOS 7 look. At this time, there is no official word on when this new version of the Gmail app will be released, but it is believed to be some time away from being unveiled.