How a designer turns tweets into sales 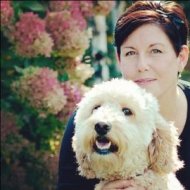 Patti Wunder was savvy from the start about leveraging social media to generate business for her one-woman handmade stationery and digital branding operation, Easton Place. She built a beautiful website, writes an engaging blog, has posted hundreds of enchanting photos to Flickr, produces a monthly e-newsletter, keeps her Facebook page up-to-date, pinned feverishly to Pinterest until copyright concerns led her to drop it, and has a busy storefront on Etsy.com.

But she says her @easton_place Twitter feed has translated to the biggest sales of all.

Wunder's stationery products, which she calls "fine paper lovelies," hark back to pre-Internet etiquette. In the age of Evites and Facebook birthday greetings, her hand-drawn cards printed on high-quality stock seek to sustain the disappearing tradition of the U.S.P.S.-delivered invitation and the calligraphy note.

But 140-character electronic messages have turned out to be a winning way for her to find new customers. In the two-plus years since Wunder launched her business, she has broadcast more than 13,000 tweets, gained more than 700 followers, and tripled her revenues. Just "a smidge" in the black after her second full year in business, this year she is already well on her way to profitability. "I can absolutely say it's a result of Twitter," she says.

"When you figure out how to use it and make the connections with people, Twitter is a great marketing tool," she says. One particular tweet translated to no fewer than 10 new customers.

Wunder treats Twitter as a virtual networking reception, meeting and greeting new contacts as she goes. While some small businesses rely on publicists or bots to manage their social media communications, Wunder does it all herself. "When you see a tweet coming from my account, it's coming from me," she says. She averages around 14 tweets a day, every day.

What does she tweet about? Her Goldendoodle Aggie, her scrumptious homemade lunch, her tennis addiction, how ridiculously much she paid to fill her gas tank this morning, how her day is going, or an Instagram shot of the sunburn she got in her convertible. She holds an ongoing conversation with her followers and those she follows. She re-tweets pictures and blogs and items she likes. She encourages followers to enter her monthly photo challenges. And now and again she tweets about her latest designs, shipments, or projects.

Following her gives you the feeling you know her, and that she's a very sweet friend. Says Wunder, "I'm not just out there tweeting, 'Come shop at my store! Don't you want to hire me?' It's human connections that result in business."

As an artist working in isolation at a home studio in semi-rural Connecticut where she draws, prints, hand glitters, and packages her paper products, Wunder says Twitter also makes her feel connected. "Twitter is my version of going to the office," she says. Whether creating web products or designing stationery with a pen tablet, Wunder is at the computer much of the day. So she periodically punches out a quick message to the Twitter-sphere or checks for replies. It has expanded her network on a global scale. "I've made friends with people in England and Canada. I've become part of a community of like-minded people," she says. "If I don't tweet I feel like I was out sick."

One key to her success has been to follow others on Twitter who share her interests. "It really does start branching off. You follow someone and they follow you back and you have a conversation," she says. "Even though you might be selling the same products, you're getting into a community."

In the case of the tweet that led to 10 new customers, Wunder says she had been following the Twitter feed of a general store in her beloved vacation spot, Martha's Vineyard. The store re-tweeted a photo of a path she had walked many times, so she direct-tweeted the photographer to say, "I love that place."

Wunder says, "It's one tiny example of how Twitter can bring terrific business."