HAVANA (AP) — For decades there's been no such thing as a commercial radio or TV spot in Cuba. Ditto for billboards, website banner ads, and newspaper classifieds.

It can be a refreshing change from the global marketing onslaught, but the lack of traditional advertising opportunities creates a problem for the thousands of budding entrepreneurs who have embraced President Raul Castro's push for limited free-market reform.

It's one thing to open your own business, but how to let potential customers know you exist? True to Cuba's famous knack for making do, the island's small-business owners have turned to low-cost, unconventional advertising — a flurry of guerrilla marketing in a Marxist society whose founder, Fidel Castro, once denounced advertising as "alienating and noxious."

Getting the word out is "a nightmare," said Cedric Fernando, operator of Bollywood, the Island's only Indian restaurant, which opened in December. "We're running a race with one leg."

Fernando, a Londoner of Sri Lankan descent who is married to a Cuban, emblazoned both doors of his 1955 MG roadster convertible with the Bollywood logo, converting it into a rolling conversation-starter. Some people have snapped pictures with cell phones, called and made reservations.

He also recently paid someone $10 a day to slap coupons for two free drinks onto windshields around Havana, taking advantage of Cuba's color-coded license plate system to target a select clientele: Blue-plated tour vans, the black-and-white of diplomatic vehicles, bright orange for the foreign company employees paid in hard currency rather than the anemic Cuban peso. A thousand fliers lured about 50 dining parties to Bollywood in just two weeks.

"We put one on the ambassador of Spain's car a few days back and he turned up," Fernando said.

Cheaply printed fliers are a popular way of getting the word out. So is more permanent swag. Customers of the Enigma beauty salon go home with pens and lighters emblazoned with its logo and phone number.

At La Pachanga, a bustling burger joint, owner Sergio Alba Marin has pioneered the art of bumper-sticker marketing in Cuba, persuading more than 1,500 motorists to plaster his bright yellow decals on their cars for a 25 percent discount.

Probably nobody in Cuba has been more successful than Alba at drawing eyeballs to his brand. Besides the stickers, customers take home tiny, branded straw hats.

"It's the only way I can let people know of our existence, that we are here," Alba said. "One way or another, you have to get word traveling from mouth to mouth."

Alba scored something of a marketing coup last month when more than 30 employees, customers and friends wearing La Pachanga T-shirts marched in Havana's May Day parade carrying a banner supporting the Cuban Revolution.

The state-run media gave it prominent coverage. La Pachanga's logo, address and tagline — "preferred by the party scene" — appeared front and center on national television, and the newspaper Juventud Rebelde, or Rebel Youth, ran a six-inch photo the next day. It was an unusual sight for islanders accustomed to the media carrying revolutionary slogans like "fatherland or death."

"There was a lot of publicity from the May 1 thing," Alba acknowledged.

"Unlock the iPhone 4, now it can be done! $150" read a recent text message from The Cellphone Clinic, launched in February 2011 by three friends. Javier Ernesto Matos said it does a brisk business unlocking phones purchased elsewhere so they can be used in Cuba.

The Cellphone Clinic does regular mass messagings of 3,000 or more, paying another entrepreneur in Cuba 3 cents per SMS to send them from a computer.

It may be the closest thing Cuba has to a chain, with three outlets that are registered separately but share a business plan and a branding theme: a green, stethoscope-wearing cellphone. That sets the company apart from the hordes of garage-based competitors, according to Matos.

"It's our identity," he said. "There are a lot of people repairing cellphones. But we're not just a workshop, we're The Cellphone Clinic."

People are also turning to the Internet, despite the island's woeful connectivity rates. Some restaurants have Facebook pages. Families who rent rooms beg travelers for write-ups on sites like TripAdvisor. Fernando says Bollywood is getting into Google ads. The Craigslist-inspired Revolico.com is blocked in Cuba but islanders able get around the technological wall are posting and reading a growing number of listings. The site recently started carrying ads for things like restaurants and international calling plans.

Since Castro opened up the door for more small businesses in the fall of 2010, the ranks of licensed entrepreneurs have swelled to more than 371,000 people. But few had any experience with capitalism after 50 years in a Marxist economy, and surviving cutthroat competition often meant overcoming an "If you build it, they will come" mentality.

"Many people thought that way, even us," said Daylin Hernandez Diaz, public relations manager for the restaurant Cafe Laurent, which opened in February 2011 around the corner from the storied Hotel Nacional.

"We thought we were going to open and because of our location, clients would fall into our lap. Well, that lasted 15 days," Hernandez recalled, chuckling. "And on day 16 we hit the streets to start handing out fliers."

Lesson learned, Cafe Laurent aggressively woos tour operators who can bring entire groups by for dinner. It floods the streets with business cards and fliers, including more than 800 handed out at the just-ended Biennial art festival. It also advertises in magazines distributed by tour companies in Canada and Spain, and by U.S. charter flight operators.

That's actually one of the few traditional advertising opportunities available in Cuba. Marketing is not illegal, strictly speaking, but the state controls all newspapers, broadcast airwaves and commercial buildings — and it's not taking ads.

But there are signs the government is interested in making it easier for private businesses to publicize.

State telephone company Etecsa recently allowed small business owners to list and buy ad space in the yellow pages for the first time, and 500 signed up.

La Pachanga, meanwhile, is rolling out a unified marketing scheme based on a yellow, bug-eyed bumper sticker character known as Super Pachanga. Alba is about to release what he calls Cuba's first 3-D animated ad clip, 90 seconds long, telling the story of Super Pachanga's birth from a drop of mustard and transformation into a superhero after downing a Pachanga burger. The plan is to show it on flat-screen TVs at the restaurant, pass it around on CDs and flash drives, and beam it to cellphones via Bluetooth.

And all that advertising is creating work for other breeds of entrepreneurs, from PR specialists like Cafe Laurent's Hernandez to would-be ad agency startups.

Hernandez said she has even been approached by Cuban journalists interested in launching a newspaper that would sell commercial advertising.

One member of the team that helped create La Pachanga's campaign expects an upswing in demand for advertising as it becomes more sophisticated. The young designers dream of launching their own firm, even though Cuba has yet to formally add their profession to the 181 that have been approved for private enterprise.

"Going forward, we think this is how the competition will work," said Alejandro Perez Alvarez. "The other proprietors are going to see how things are going, come up with their own ideas and raise the bar."

Such freewheeling competition seems a far cry from the collectivist society envisioned by that earlier guerrilla, Ernesto "Che" Guevara, who once called capitalism "a contest among wolves." 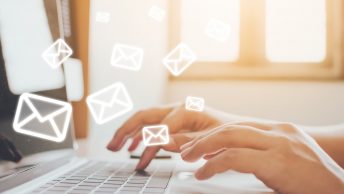 How To Effectively Use Your Business Email 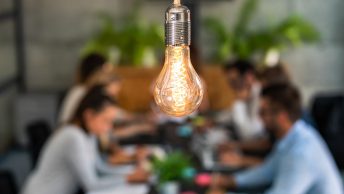