Have you ever noticed that the biggest social media sites all use blue in their logo? Facebook, Twitter and LinkedIn are all branding their image with a shade of blue, as does WordPress, part of StumbleUpon, Tumblr and Reddit. The second most popular shade is red, but it is far less common than its fellow primary color.

What’s the deal? Was there some kind of secret meeting where online social giants decided to use blue like teenage girls vowing to wear the same color on Thursdays? Actually, they are following by basic color in branding psychology, a practice that is used often in marketing of all kinds.

Have you ever heard the phrase “true blue”? The shade is just naturally associated with the good, reliable and trustworthy. It is a smart color, classic, something that you can immediately identify with and feel good about. There is nothing edgy about it, but it still speaks of innovation and creativity. Which are key components to the image of the technological world.

Add in the fact that blue is the most popular color in the world, and you have a lot of reasons for selecting it. 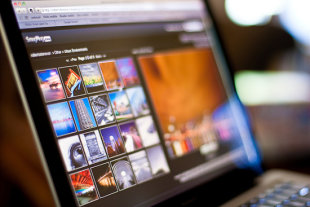 An energetic color, red just seems to sizzle and crackle. Depending on the shade you use, it can denote passion, anger, fierceness, desire, excitement and even just alertness. Which is why companies trying to promote a more hip, new and trendy brand might attempt to utilize it rather than blue’s cooler exterior.

Google+ is probably the most popular example of a logo being branded with red. How successful that image was is hard to say. Reports claim the site is a ghost town filled with inactive profiles automatically opened by anyone who uses Google’s other services like YouTube or Gmail.

Colors that have red in them are being used a bit more these days, usually when it comes to subscription specific social services like RSS feeds. That is because we associate orange as something urgent, even a warning. It gets our attention, as we have been programmed to react that way. In the same way we notice a yellow construction sign or cones on the road, we take not of an orange subscription button on a site.

Most (if not all) logos are going to have white somewhere within them. Clean, pure and calming, it is also a good stabilizer. Cooler colors like blue, purple and green can look a bit bland, so white offers it a bit of a shot of energy and contrast. Whereas reds, yellows and oranges can be a bit too aggressive and bright, and white tones it done and breaks up what could be an overwhelming palette.

Why Colors Are Important 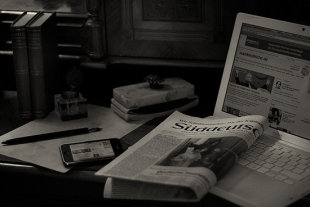 Social media sites have to offer something especially balanced because it isn’t just a place meant to catch your attention long enough to shop and then leave until next time. Social sites are a place for continued use and communication, where we spend hours a week.

When you go out with friends for a couple of drinks, maybe a cup of coffee or a meal, what kind of environment are you looking for? Somewhere peppy and boisterous? Calming and quiet? Social media sites are trying to cater to your tastes in order to provide a nice, custom chill out spot on the web.

Design choices are as important for social sites as physical hangout locations, as they have to give off a certain feel. The colors used are a part of the process, as it the general design and offered features or incentives.

Different colors trigger different responses in the brain, it is as simple as that. When social media sites create their logos and designs, they are working in the same way a business does to attract your attention and create an environment. One that is ripe for gaining your loyalty.

What do you think of color psychology? Let us know in the comments.