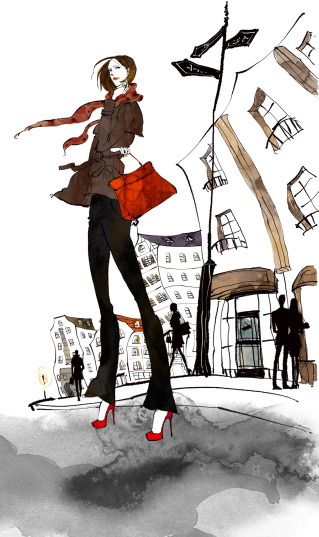 A new survey upholds a common conception: small business owners in the U.S. are a self-confident bunch.

“In spite of surviving the worst recession in 80 years, small business owners are very happy about being in business for themselves and optimistic about the prospects for their own businesses,” says Robb Hilson, Bank of America Small Business Executive.

Hilson’s remarks are based on the results of the Bank of America/CFI Group Small Business Forecast. It’s a new index designed to measure factors that drive small business development, including the economy, entrepreneurial attitudes, and expectations for the coming year. In July and August, CFI conducted a random phone survey of what it says was a representative sample of 1,000 small business owners and managers in the continental U.S. whose companies reported annual revenue between $100,000 and $5,000,000. Nearly three-fourths of those surveyed have been in business since before the recession hit.

Business owners’ confidence in their own success, however, does not reflect their feelings about the general economy. Hilson notes that owners are “supremely confident and happy themselves in the direction they’re taking, but that doesn’t translate into robust hiring or investment.”

While more than 60 percent of respondents said there is a high likelihood their revenues will grow by a significant margin, most do not plan to increase hiring in the next 12 months. CFI Group Director of Customer Analytics, Rodger Park, attributes that stance to pessimism about business conditions. According to the survey, nearly half consider the tax environment where they operate to be unfavorable, and almost as many claim it is difficult to run their small business where they are today.

“Entrepreneurs are largely quick to say they are happy with the way their businesses are going now, but are playing a bit of wait-and-see before committing to major investments in their businesses,” says Park. “The small business community remains a bit wary of overall economic conditions and is likely waiting to see what effects potential political and business climate changes will have in the coming months before deciding to expand.”

Hilson says sentiments about hiring differ from findings of an earlier 2014 survey. “I was surprised that this forecast suggests there won’t be much hiring at all,” Hilson says. “That was different from what we saw in spring when well over half of owners were planning to hire.” Hilson salls it’s a subtle shift that he attributes to current global events. “What I hear now that I didn’t six months ago is more concern about what’s happening on the world stage, the turmoil in the Middle East,” he says. “It’s nothing new, but the heightened conflict and the way the media has covered it adds another element of uncertainty. Owners say, ‘I could probably hire, but I’m going to make do with what I have right now.’”

As for how the data bodes for the 1,000-plus small business bankers hired by Bank of America in the past three years, Hilson says he is cautiously optimistic, and that business borrowing is increasing, slowly but steadily.

“What we have seen for several quarters since the recession ended is great resilience in small businesses,” he says. “They did a great job of rightsizing early after the recession and they have stuck their toes back in water and prudently managed their business and are more optimistic about the future. That translates to greater borrowing and greater demand. We’ve made a big bet on this sector.”