Branding Lessons From The “Whoniverse” 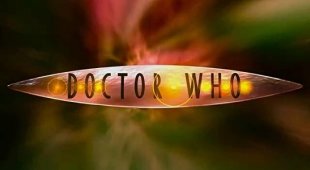 Branding Lessons From The “Whoniverse”

Anyone whose blood runs cold at the mention of Daleks, knows not to blink around a Weeping Angel statue, or dreams of being whisked away in a spaceship disguised as a blue Police Box is already well aware of the appeal of The Doctor.

As Doctor Who approaches its Season 8 premiere, an army of avid Whovians eagerly awaits a new crop of adventures with the recently-regenerated 12th Doctor. The wildly successful British sci-fi series is one of the longest-running in television history and has amassed millions of fans – or Whovians – who enthusiastically tune in each week to find out where The Doctor and his companions will travel next.

Like most brands, Doctor Who has experienced its ups, downs, and growing pains over the years, but now reaches more viewers than ever before. As the franchise continues to grow, businesses can take a page or two from the Who book when it comes to branding strategies.

How The Doctor Captured (and Recaptured) the World’s Imagination

Since the show’s initial launch in 1963 as a quirky, low-budget black-and-white sci-fi program, it has consistently garnered a cult audience fiercely loyal to the franchise. The Doctor, a humanoid alien from a race known as Time Lords, travels across time and space to save troubled planets from perilous attacks.

Accompanied by various (usually young, female) “companions,” The Doctor must battle terrifying aliens and monsters in the past, future, and present. Each episode presents a rip-roaring spectacle of otherworldly adventure, while capturing the human element in every scenario.

One of the most unique characteristics of The Doctor – his ability to regenerate – has also proved a useful plot device to facilitate continual switching out of various actors playing him and his companions. Each of the 12 doctors has brought his own distinct style and personality, to varying responses among audiences.

Although Doctor Who ran continuously from 1963 through 1989 (with a brief reappearance in a TV movie in 1996), the show experienced a significant lapse before its rebirth in 2005. Since then, advances in special effects and growing audiences have established Doctor Who as a significant player in the entertainment industry, with no sign of slowing down.

The “TARDIS” Approach to Brilliant Branding

Myriad factors have contributed to Doctor Who’s success, both in the BBC’s branding approaches and in the character of The Doctor himself. Like the TARDIS (The Doctor’s sentient phone booth-shaped spaceship), various businesses successfully utilize the qualities characterizing the Doctor Who brand.

To achieve a widespread following, consider techniques that distinguish your brand as:

T – Timely. When a planet’s inhabitants face mortal danger, The Doctor often arrives just in time to save the day. Similarly, companies that come to the rescue when customers need it most find the most loyal and dedicated followings.

Strategies to establish for maximum timeliness among customers include:

A – Adaptive. When The Doctor sustains a life-threatening injury, he simply regenerates into a different form. Although business owners lack this power, they do well to build branding and business strategies to adjust quickly and smoothly to changing realities.

Brands most likely to survive rapid upheavals to the economy, their industry, or customer demand are those that adopt plans for scalable infrastructure, manufacturing, and staffing. Willingness to update your image is also useful, but it’s even better to cultivate a brand that will withstand the test of time.

R – Relevant. Wherever (and whenever) The Doctor travels, everyone he meets accepts him and his companions, regardless of how anomalous they seem. This is because The Doctor takes the time to observe, ask questions, and respond to the situation at hand. He respects the cultures of the various civilizations he visits and manages to make his solutions fit into those frameworks.

When brands take the time to become aware of the climates in which they operate, they receive everything needed to operate with a sense of relevance. Rather than trying to impose an agenda on an audience to make a quick profit, successful brands ask questions, take a look around, and offer services where needed.

D – Daring. Have you ever jumped into a time vortex armed only with a sonic screwdriver? No? The Doctor constantly puts himself into death-defying situations, but he emerges amazingly unscathed (most of the time). Having lived for hundreds of years, he has a well-developed understanding of his capabilities and the universe in which he operates, which gives him confidence when approaching danger.

Like The Doctor, brands that take calculated risks do so without reckless abandon, but with the courage of their convictions and knowledge of what has worked in the past. Go beyond the tried-and-true and push the boundaries of what feels “safe” to achieve strong reactions from audiences.

I – Inspiring loyalty. Among the many individuals who have interacted with The Doctor over the centuries, most of them remain fiercely devoted to him – even his enemies! What is it about this charismatic character that makes his on- and off-screen following so strong?

The answer lies in The Doctor’s ethos. Although he operates partly out of curiosity and detached interest in the larger universe, anyone observing the last Time Lord can see he genuinely cares about those with, for, and against whom he fights.

Simply put, marketing efforts should never replace genuine regard for your audience. Show sincere concern for someone’s life and wellbeing, and you’ll be well on your way to earning a customer for life.

S – Scientific. The Doctor often works through complicated solutions by rattling off impossibly complex scientific jargon, perplexing those around him until he arrives at the critical “Aha!” moment. Simply put, The Doctor makes up in brains what he lacks in brawn.

Analytics should form the basis of any marketing campaign, whether by email, social media, or other method. Identifying a few key performance indicators (KPIs) ahead of time and measuring the results can help hone a marketing approach and enable it to soar to new heights.

Regardless of size, scope, or industry, observing the success of the Doctor Who franchise and applying its principles will help your brand continue to expand its reach across time and space.

How will your brand leverage Doctor-esque appeal to achieve otherworldly success?

This article was syndicated from Business 2 Community: Branding Lessons From The “Whoniverse”