a bundle of meanings, feelings and values, as seen and perceived in the eye and mind of the consumer.”

That’s always been how I’ve defined a brand to people. And it’s a definition that’s more than not kept me on the right tracks.

Brands communicate in hope that our view of them is consistent; that we may covet them and want to draw them close. Conversely, we all bring our own perceptions and prejudices, conscious and subconscious, to the table.

In consequence: ‘advertising’ is quite the see-saw, where a brand becomes the sum total of what it says and does – and of how we, the audience, interprets and so feels about it.

From the first dawn of brands, to the Digital Now, this concept of what a brand is has NOT changed.

But what is changing, ever changing, is the construct of how brands are built and perceived. Meaning ‘advertising’, in nature and nomenclature, is changing irrevocably.

Where advertising was the self-promotion of a brand or product, the agenda and motive (‘Buy Me!’) so abundantly clear, that construct is curdling far past its sell-by date.

I don’t believe we can take a brand-centric approach to ‘advertising’ anymore.

Where ‘The Brand’ and ‘What it feels it must urgently say’ is the start-point, the consequence is a social bore too keen to brag, monologue and impose. History does not record the carpet baggers and snake oil salesman as hugely effective or particularly liked.

“To call attention to, in a boastful or ostentatious manner, in a public medium of communication, in order to induce people to buy or use.” (dictionary.com)

Boastful. Ostentatious. Not the most likeable or attractive of human traits.

Which all leads to a new set of rules.

For brands to advertise. They have to stop advertising.

(At least, they need to stop doing so as governed by outmoded terms and former definitions.)

For brands to sell. They have to stop selling.

Which is all very exciting.

The really very exciting future for brands, for ‘what a brand is’, is now dependent on how open and ambitious we can be about ‘what a brand does’.

Brands really do have the potential to evolve. Those brands that get it right over the next 10 years will pull away from the primordial pack, from the push messaging of boiler room marketeers. “Sell! Sell! Sell!” is not the future of branding.

I believe brands have the opportunity to elevate themselves to a Higher Order. And I don’t mean this as being all and only about social causes and big ideals and ‘doing good’. It’s broader than that.

Higher Order doesn’t have to be only about involvement in the worthy and heavy stuff.

I’d believe brands can increasingly become patrons and benefactors and the instigators of cultural causes, leading to things created that we all get to experience and enjoy. In some corners and categories of the world, this has occasionally already happened. American Express’ historic involvement in the TriBeca Film festival and the funding of independent projects with film-makers like Ed Burns: this is one example. American Express, ‘The Brand’, effectively a silent investor and facilitator, an executive producer if you will, in an authentic creative outcome.

Consider Absolut vodka. ‘The Product’ is a white spirit, but ‘The Brand’ is a slice of iconic 20th century advertising as consequence of being a bona fide collaborator in modern art.

In 1986, Andy Warhol was the first of what now amounts to 850 commissions by Absolut vodka. The brand’s modern art collection is one of the most valuable in the world, and, as born of the Absolut’s patronage, is recognised as an important part of Sweden’s cultural heritage. Modern art has inspired Absolut’s brand expression, and Absolut continues to make a genuinely positive contribution to the modern art movement.

However, if we park ‘ad funded’ and the historic associations, and instead think ‘BRAND FUNDED’, where the brand can adopt more conventional titles like patron or co-producer, then marketing budgets become a very tenable way of helping drive the commissioning of bona fide creativity, whether that be art, radio plays, TV shows or even motion pictures.

This idea could not be more prescient, while still not being even close to original. Back in the 30’s, the original producers of the radio and later TV ‘soap operas’ were (as the name suggests) the companies that made and sold housewives soap.

Joining Procter & Gamble, Colgate-Palmolive and Lever Brothers from 85 years ago, now all brands are in the entertainment business. And their new start-point is not themselves, but how they may entertain us. From being brand-centric, brands must relearn how to be entertainment-centric.

The trailblazing brands of tomorrow will be those able to stretch into spaces of creative and cultural legitimacy, where they will ultimately say so much more about themselves, by explicitly saying less about themselves.

By becoming cultural benefactors and content co-producers, brands at last have a shot at reaching their greater potential, touching us all in a way that ‘on the nose’ advertising never could. 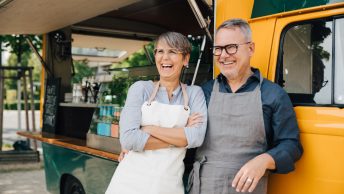