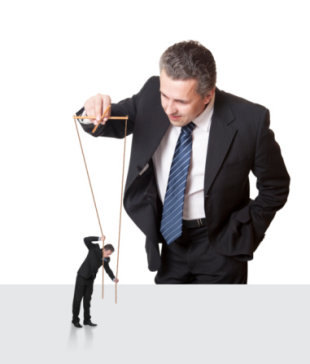 The study, published in Proceedings of the National Academy of Sciences, looked at indicators of stress, including self-reported anxiety and saliva levels of the hormone cortisol and compared them between groups of leaders and non-leaders. Results showed that leaders had statistically significant lower levels of cortisol and lower anxiety than nonleaders. The study was repeated on a second group with similar results.

The researchers then dug into what led to this lower level of stress in leaders and concluded that a sense of control, specifically to do with being in authority, was the main contributing factor.

Examining those results in greater detail, researchers found that two measures of leadership — the total number of subordinates and authority over subordinates —were significant in creating that sense of control. The number of people who report directly to a leader — which would indicate greater day-to-day management — did not, however.

Less stress may not mean more happiness, though.

Another Harvard Researcher, Professor Rosabeth Kanter, clearly thinks that stress is just one factor among several in overall workplace happiness. She describes the primary sources of motivation (in innovative companies) as ‘mastery, membership and meaning’ with ‘money’ a distant fourth. Mastery certainly fits with control, suggesting that the boss is indeed likely to be happier, but the other important factors do also come into play. Membership – meaning being part of a team, belonging to something bigger than you personally, can work just as well for you as your boss, perhaps even better since the manager role inevitably removes your boss from being part of the team to some extent. This also fits with the majority of people finding the people they work with as being most important.

Lastly there is valuing your work. Some of that comes from you – if you know you do a good job and are confident enough to value the work you do and its quality for yourself then you are probably in a good place. The rest comes from other people – one of whom is undoubtedly your boss.

A study in the Journal of Occupational and Organizational Psychology, reported in Science Daily, that looked at common factors in 223 different workplace studies over a 30 year period suggests that happiness at work is most strongly linked to underlying happiness and attitude. Essentially if you are happy in your life and are generally a happy person you will be happy at work.

This study – suggesting that people are happier at work when they are working with other people with positive and helpful attitudes – brings the argument back to the work environment. A quarterly survey of office workers in the UK asked about the most important things to people at their job. 41% said ‘the other people, 25% said the quality of the work they do, 25% the money they were paid, 22% the opportunity to do something worthwhile, and 21% said the success of the organization (respondents could choose more than one answer). The quality of their boss was only selected by 13%.Who’s In Charge Of Your Happiness At Work?

The bottom line? Your boss is in pole position to be happier at work. Your boss is less stressed because of having control.  But that’s just the starting point. A good boss will take that positivity and good attitude and transfer it to everyone under them. They’ll see part of their job as making sure that employees are as happy as they are. And a bad boss will transfer the misery in just the same way.