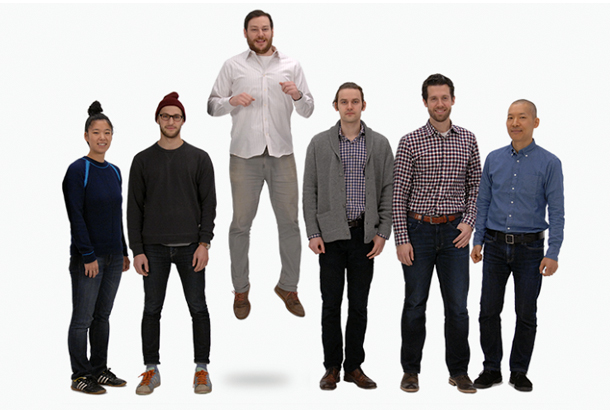 Astro is putting a fresh, new twist on the “smart” light bulb – the ability to stream music directly through a connected light via Apple AirPlay. No extra hardware, “smart” home hub or Bluetooth connection required. All you need is a Twist, the New York City-based startup’s innovative LED light-bulb-and-speaker hybrid launching today.

To play tunes through the small, white flat-top bulb from any screw-in lighting fixture, you simply choose a song or a playlist from your iPhone, iPad or Mac laptop or desktop computer, and AirPlay and Twist do the rest. Thanks to the two technologies’ Wi-Fi capabilities, unlike Bluetooth-enabled speaker light bulbs, you can stream music to Twist from anywhere in your living space. That includes from other rooms or, Wi-Fi connection-willing, even from outside.

Shaun Springer, founder and CEO of Astro, says he and his 9-person team of designers, among them alums from Warby Parker and Birchbox, designed the Twist for urban renters living in small apartments who want high-end lighting and sound but can’t afford expensive, hard-wired multi-room “smart” home systems.

“I wanted to have great lighting and streaming audio speakers throughout a tight living space all in one product,” Springer says. “So we packaged all the necessary tech that would otherwise be messy, complicated and out of reach into an aesthetically superior light bulb that simply screws in and instantly delivers. There’s no setup and everyone can understand and use it.” Well, everyone except for Android users for now.

Springer launched Astro from his Bed-Stuy flat in April last year and put the upstart through the rigors of Techstars’ R/GA Connected Devices Accelerator program. The 30-year-old engineer first waded into entrepreneurship in college at the age of 21, when he bootstrapped a company from his University of Buffalo dorm room that produced hardware and software for paintball guns (which he prefers to call paintball “markers”).

Related: Lighting That Adjusts as You Watch TV? It’s Happening.

But let’s get back to shedding light on Springer’s latest invention, the Twist, which doesn’t just double as an AirPlay speaker. The sleek, Internet-connected light bulb also automatically changes color temperatures throughout the day (cool white in the morning to a buttery yellow in the evening). The transitions happen based on your location, local weather conditions and the time of day. Think warm, soft techie mood-lighting and you’re there.

To adjust the bulb’s brightness, to turn the light on or off, or to activate the nightlight feature, you can use the coming free Twist iOS app or the included companion dimmer remote.

Twist is notably far from the first “smart” light bulb to double as a speaker, but Springer claims it’s the first to feature AirPlay connectivity. As of today, his company is accepting pre-orders for the bulb on its website, with the aim of raising $50,000 to fund the production of its first batch. Springer says he forwent Kickstarter and Indiegogo, opting instead to self-host Twist’s pre-order campaign with the goal of “building a community around the experience and owning it from start to end.”

Related: What Americans Want From a ‘Smart’ Home (Infographic)

Springer says the first bulb shipments are slated to begin “early next year.” Priced at $249 each, Twist packages aren’t cheap, but you get quite a bit for your buck. They include one speaker LED, two non-speaker-equipped LEDs and one dimmer. Or, if you don’t want the bundle, you can buy one individual speaker LED for $129 or two no-speaker LED bulbs and a dimmer switch for $129.

As for what’s up next for Astro, which Springer named after the family dog in The Jetsons, he’s mostly remaining mum. However, he says his team is working on “some really awesome lifestyle accessories to compliment our lighting and audio experiences.” Perhaps video camera integration? We’ll have to wait and see.

In the meantime, to see Twist in action, check out the promo video below: