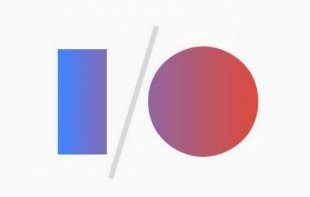 With WWDC 2014 in the books, Google took some time to shine this week and kicked off their annual GoogleI/O conference with a (very) long keynote address that was at times slightly rambling, but at its core, released some pretty amazing stuff.

If you didn’t have time to watch the 3 hour(!!) keynote yesterday, or just don’t care enough about Google development to devote that time, there were some pretty interesting things, and others that kind of fizzled.

So, should Apple be scared of what Google has up its stubby green sleeve and announced at Google I/O? Check out the highlights below and what they mean to Apple. Spoiler: I think Apple’s going to be just fine.

Android is the first platform to truly embrace the smart watch, but in the I/O keynote, a new version of Android was released to work better on the smaller devices.

Android Wear is a version of Android aimed at the smart watch platform and use the card system that users of Google Now have grown accustomed to. The first watches will come from LG and Samsung with others coming soon.

Unless Apple finally releases an iWatch soon, they should be worried about this. Apple no doubt has a wearable in the works, but unless they make it big with their version, having a custom OS version for the new Android watches is a big deal.

This one sounds familiar, doesn’t it? Taking a cue from Apple and their CarPlay system, it looks like Android is releasing their own in-car tech. Google plans on placing the key features of Android phones into your in-dash screen via your Android device.

Apple should only be aware of this, and definitely not scared. This healthy competition should hopefully make things better for both Apple and Google, and best of all, should give consumers more for their money.

Android was due for a new version, and it was announced at I/O. Codenamed “L,” the new version tweaks things and cleans up the overall look and feel. The card-based design of Google Now will be instituted system wide and multitasking now treats tabs in Chrome the same way as apps. 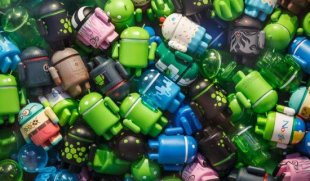 Apple made a huge jump with iOS 7 and is cleaning up some nagging issues with iOS 8, which will shore things up and make for a pretty great user experience. iOS 8 brings customizable keyboards and a host of other tweaks and customizations, making it the best mobile OS out there still. Apple shouldn’t care at all about the new Android version, they’re still ahead.

Unlike Chromecast and the old Google TV, Android TV is the newest attempt from Google at doing a quintessential set-top box to compete with Apple TV. Google search is at the forefront as is voice activation and the tie-in with Google Play. 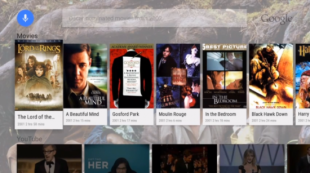 Apple TV is still leaps and bounds better than anything Google has bene anle to release yet, and by the looks of Android TV, they’re still not in the same arena, let alone weight class. Apple is all good here as long as they release an updated Apple TV in the near future.

This one is the big deal that Apple needs to pay attention to. Very soon you’ll be able to run the apps you bought for your Android tablet or smart phone and run them on your Chromebook.

This has been a pain point for some time with Apple, with some games only being available on the iPhone or iPad platform. Apple needs to take heed with this update and start allowing iPhone and iPad apps to run on the Mac.

Here’s another feature that sounds pretty familiar to anyone that watched the WWDC 2014 keynote. Google announced their own health and fitness tracking software and it looks pretty familiar…

Apple’s Health app seems to be leaps and bounds better than Google Fit and seems to be better thought out. Apple is on the right track with Health and Health Kit, and as long as they pay attention, should keep that lead.

This article was syndicated from Business 2 Community: Should Apple Be Scared of What Came Out of Google I/O?