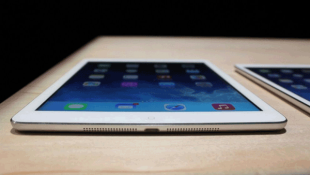 With the launch of the iPad Air, Apple isn’t afraid of looking too big for its britches. No doubt, this newly developed and totally overhauled version of its predecessors is nothing to shrug your techy shoulders at. With a 7.5 mm thick profile and with a thinner frame, it’s already got Macheads going gaga. And when Apple announced the new tablet would be equipped with MAC OS X out of the box at the impressive (for Apple) price of just $499, the iPad Air will no doubt sell off the shelves like hotcakes.

In fact, some industry experts have widely speculated that perhaps the most crippling issue Apple may face with the iPad Air rollout will be not having enough supply to meet the demand, especially as we approach Hanukah and Christmas and the ever insane Post-Thanksgiving Black Friday.

And while all of this is great news for many consumers and indeed, for Apple itself, representatives of Apple suggested in no uncertain terms that they aren’t exactly “in it to win it” in the lower end market. But what does that mean? What is “lower end” in the world of tablets? Is this a smug little jab at other top tablet makers like Samsung (Apple’s biggest competitor currently) with their 10.1” Galaxy, also due for an upgrade before Santa chutes down the chimney. And of course, other tablets that most would assuredly consider high end, such as the Surface Pro 2, and Surface RT, which both boast the click-on keyboard, which a lot of people think is pretty darn cool, given the time it takes to type an email on an iPad (snooze…) 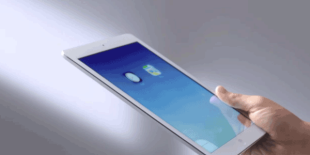 So when Apple reps say they won’t bother to even try to compete with “lower end tablets” is it a schoolyard na-na-na-boo-boo to tablet makers like Samsung, Google Nexus, and Kindle, or is it a legitimate statement about not trying to compete with brands like Acer, Asus, Hisense, Lenovo, and Razer Edge Pro (exactly, you have no idea who these guys are)

Chances are, it’s a little of both. Apple has always had an air of elitism, and for a lot of consumers, this brand identity has worked well—those who can easily afford the new Apple gadget hop in their Range Rovers over to the Genius Bar and get all the new software updated into their iWhatever. But the other demographic this plays well to are those who can’t readily afford it, but who want it either for its high functionality, or because, frankly, it just looks cooler to be working on a Mac or iPad than it does to be hanging at the local Starbucks on your Kupa Ultranote, fending off questions like, “Um, what is that?” and, “Is that like a tablet from Guatemala or something?”

There’s one undeniable truth about Apple, and that is that they really do make a great series of products that make life easier (once you’ve passed the learning curve.) They are more expensive, to be sure, but the diehard Mac lovers out there will tell you, for every extra cent they paid, they’ve warded off at least a billion viruses and Trojan horses, etc.

Throwing their weight around by releasing the new iPad Air and noting directly after its release that it’s just not for the low end tablet lover might be a great strategic move, but it could also backfire for those who walk the tightrope between the iPad and the Galaxy, for example, which for the price truly does offer at least the same level of functionality, and more and more techies today are taking a strong stance in favor of the Android platform. Only first quarter fiscal reports from all tablet makers will tell us what was most frequently under the Christmas tree this year.