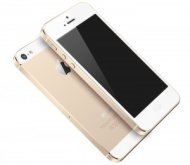 Apple’s iPhone Marketing Strategy ExposedEvery ambitious business owner hopes to succeed and become a leader in their niche. The tough truth of the matter is that there is only room for one brand in the number one spot. And when you hit that spot you have to fight hard to keep it.

Most business owners recognise the value in investing in services like SEO, PPC, Social media as well as offline promotional methods like advertising on radio, TV, billboards etc. For many business it becomes a race and the winner is the brand who invests the most into these advertising mediums.

Although most of us think of ‘marketing’ as a must have ingredient for success, you may not have noticed how one of the world’s biggest and most successful brands has succeeded in marketing their products all the way to the top spot on little more than a shoe string marketing budget.

While most businesses try to out-do their competitors with sheer advertising brute-force, Apple have dared to be different and have reaped the rewards by becoming the top dog globally in the mobile phone niche.

Apple do not have a marketing budget. They never advertise their mobile phone products anywhere. That means no SEO, PPC, Social media, TV, Radio or print ads of any kind. They simply do not promote their iPhones what so ever.

If you think you have seen Apple advertising their iPhone products you are mistaken. What you have actually seen is some other company advertising Apple’s products for them. Apple are so clever that they have actually managed to get other companies (mainly mobile phone operators) to pay for, and execute advertising for them. Apple iPhone ads are in fact paid for by a network operators who want to advertise that they sell the iPhone. When operators want to tell the world that they sell the iPhones, not only do they pay the bill but Apple slaps a fat stack of strict branding restrictions on the operators that dictated how the ad must look and what information it can contain. Hence why all ads for Apple products look the same.

You might think that mobile operators are stupid for what is effectively paying for Apple’s advertising but what choice do the networks have? Apple is the bestselling smartphone year after year. If an operator wants to get a bigger slice of the ‘Apple’ pie, they need to advertise that they have it. And they can’t advertise Apple’s trademark without conforming to Apple’s branding guidelines.

If an operator breaks the rules, they pay the price. Operators that don’t play by the rules are not prioritised when it comes to stock distribution.

So while you are splashing your businesses cash on promotion why is it that Apple doesn’t have to? After all, we’ve all been told that you have to spend money to make money.

It’s not because the iPhone is the best phone on the market. The iPhone is a good product but in terms of spec most iterations of the iPhone have really struggled to match those of the equivalent high end devices by HTC or Samsung.

The secret to their success is in Apple’s marketing strategy. They use what is known as the Exclusivity Technique. You would have seen this technique used, or maybe even used it yourself before.

The exclusivity technique works by making the eligible subset of customers feel special. This creates a better customer business relationship and is proven to increase brand loyalty.

Apple have taken this technique and put their own spin on it to develop what has been one of the most successful, and probably low-cost marketing techniques of all time.

Instead of making a special offer exclusive, Apple made their entire iPhone product range exclusive. The cherry on top for Apple is that they orchestrated the Exclusivity Technique to make their mobile phone the world’s most popular, despite it supposedly being exclusive.

So what did Apple do differently with their iPhones? They deliberately restricted the flow of their iPhones to customers and mobile phone providers.

When the first iPhone model came out it was made exclusively available from just one mobile provider for its’ entire life span. When subsequent iPhones were released there were “stock problems”. iPhones’ were issued on a first come first serve basis. Those who wanted one had to cue and sometime camp outside an Apple store. This attracted media attention and generated free publicity for Apple.

For those who didn’t get and iPhone, stock shortages ensured they had to wait until the next batch was released, often weeks after the official launch date. These restrictions of stock generated tension between those who wanted one and those who had one. This tension was vocalised openly by anguished customers across the web. The desire was infectious. People who didn’t even care about an iPhone picked the desperation of those that expressed their want for one. It generated an increased demand because as more people talked about wanting one, the more people that thought “hey what’s all this fuss about? If this thing is so good, I want one too”. The device became a rare commodity, a must have gadget.

This year Apple not only released the usual limited number of iPhones but of those there were three colour variants of the iPhone 5s. The gold colour was extremely limited in supply making it a talking point and creating a demand even within the subset who were lucky enough to get an iPhone before they sold out. Furthermore, Apple restricted SIM free iPhone sales to themselves. So, as things stand, mobile providers in the UK are not allowed to sell PayG iPhones. This means that anyone on a SIM only contract or will need to visit their nearest Apple store if they want a new iPhone.

Apple’s version of the Exclusivity technique not only gave a feeling of specialness for those that got an iPhone but a feeling of jealousy in those that wanted one and couldn’t have one just yet. This made them even more determined to get an iPhone, almost as a means of compensating themselves for rejection on some psychological level.

There are of course a huge portion of people who don’t want an iPhone and are sickened by the thought that so many are fanatical about these mobile devices.

The beauty of Apple’s exclusivity technique is that it creates two opposing groups within society (those with an iPhone and those without) and it creates conflict. The conflict is verbalised through blogs, forums even in person.

This purposely incited speculation and bickering about iPhone is Apple’s method of generating free publicity. It is what keeps the spot light firmly on the iPhone and makes it a perpetually hot topic.

Word of mouth has been recognised as the most effective form of promotion for any product or service because of its honesty and non-commercial intent. Forums and blog comments have become this century’s extension of word of mouth. Apple recognised this and capitalised on it early on.

It costs Apple nothing for the world to bicker about whether iPhone is better than any of the Android, Blackberry or Windows flagship devices. Whether you love of hate iPhones, if you have ever contributed to any online debate about Apple, then you have unwittingly taken part in promoting selling iPhones to the next generation.