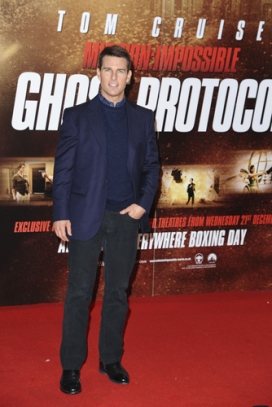 Alibaba Pictures, Alibaba Group’s digital entertainment affiliate, has invested in its first Hollywood film by taking a stake in the upcoming Mission: Impossible–Rogue Nation in partnership with Paramount Pictures.

Through the investment, the financial details of which were not disclosed, Alibaba Pictures will become an official partner responsible for promoting the big-budget franchise film in China, using Alibaba Group’s giant shopping websites and extensive e-commerce ecosystem to sell tickets and movie-related merchandise to hundreds of millions of Chinese moviegoers, the companies said.

Formed last year after Alibaba Group invested $804 million for a controlling stake in a Hong Kong-listed movie and TV distributor, Alibaba Pictures has been rumored for months to be scouting Hollywood for deals in a bid to bring high-quality content to Chinese audiences while building out a high-tech digital entertainment platform. Alibaba Pictures CEO Zhang Qiang said in a statement the tie-up with Paramount represents his company’s “first step toward internationalization.”

“Alibaba Pictures looks forward to collaborating with more international movie studios where we can consolidate resources, technologies and talents to establish a world-class integrated entertainment platform for the film industry,” Zhang said. The company has established a presence in Los Angeles to pursue additional investments in Hollywood, the hub for the global film industry.

Alibaba, which is planning to launch a Netflix-like video streaming service for China in coming months, said it will take an innovative approach to marketing Mission: Impossible, an effort that will leverage big-data technology to target moviegoers, the company said. Alibaba Group’s Taobao Movie, a mobile app that allows online ticketing and advance seat selection, will be one of the major ticketing platforms, providing exposure to Taobao Marketplace’s vast user base as well as that of related third-party e-payments provider Alipay, an Alibaba affiliate.

Ticket buyers will be able to purchase official Mission: Impossible—Rouge Nation merchandise through Taobao Movie and other Alibaba retail marketplaces in China, which have a total of 350 million active users.